The 39-year-old woman fatally struck by a dump truck Thursday morning in Chicago's West Loop has been identified.

CHICAGO (WLS) -- The 39-year-old woman fatally struck by a dump truck Thursday morning in Chicago's West Loop has been identified.

The victim has been identified as Angela Park, of the 3400 block of South Prairie.

Park was heading north on Halsted Street near West Madison Street when she was struck around 7:10 a.m., according to police. The driver was trying to make a right turn, police said.

She was transported in critical condition to Northwestern Memorial Hospital, where she died.

Mayor Rahm Emanuel and the City of Chicago have signed onto Vision Zero, a worldwide effort to end crashes between cars, pedestrians and cyclists. 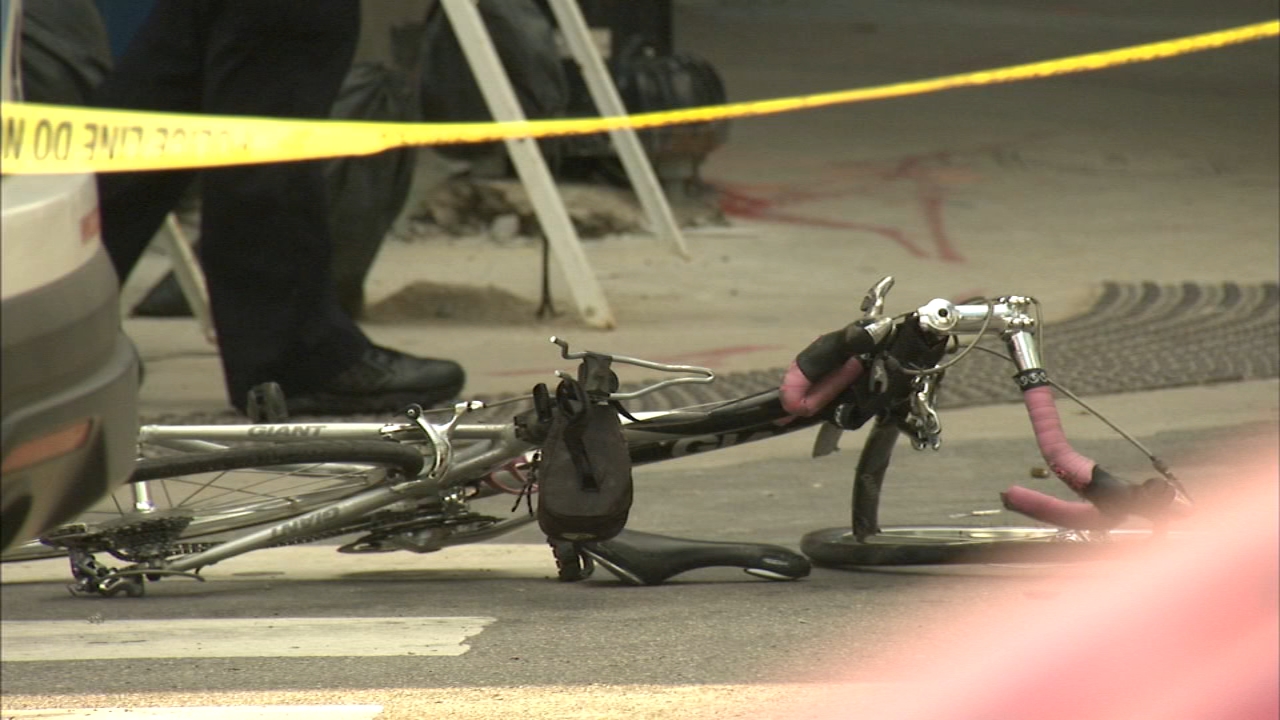