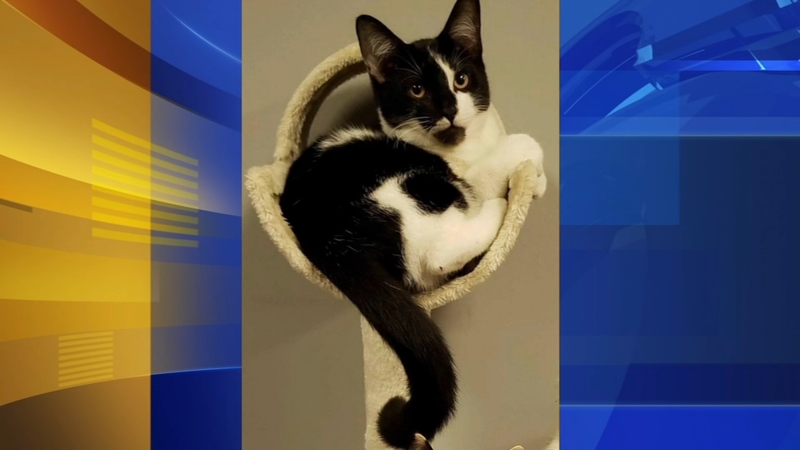 Police investigating report cat was beaten to death by children

DARBY, Pa. -- Jamie Walls held back tears as she recalled the final moments of life for her family's beloved cat who she said was beaten to death by children in their Darby, Pa. neighborhood.

"He looked like he was dying. He was just blinking and he was looking like 'Mom. Where were you?'"

Humane Society police confirm an investigation is underway into the death of the Walls family's one-year-old cat named Muu.

Jamie Walls and her husband Justin said they suspect a group of children between the ages of 9 and 12 captured Muu from outside their home on a Highland Avenue on Thursday afternoon and took it to a neighbor's backyard.

The Walls said their 7-year-old daughter peeked through the fence and saw a boy holding the cat by its neck and shaking it.

She reported what she saw to her mother who later found the injured cat in the under a deck in neighbor's backyard.

"They wouldn't tell me what happened. He was beaten. He was hung up like a piñata and beat," said Jamie Walls.

The Walls rushed their cat to the animal hospital. His whiskers had been cut and he barely moved. Muu died at the hospital an hour later.

Humane Society police officer Ron Riggle confirmed he is investigating the death as a case of potential animal cruelty. An extensive necropsy will be performed by expert pathologists at Penn State University to determine the exact cause of death.

Riggle interviewed the Walls family Friday afternoon and said he plans to speak with the parents of the children as well. No charges have been filed in this case.

"Animal cruelty shouldn't happen at any age so, yes, we take it very seriously," said Riggle.

The father of one child denied to ABC7's sister station WPVI-TV that his son killed the cat. He said the cat had gotten into his yard and his son threw it over the fence. He could not explain what may have caused the cat's fatal injuries.

Meanwhile, the Wall family is not only grieving for Muu but are heartbroken over what their daughter witnessed.

"She's been very emotional. She's having nightmares," said Justin Walls about his daughter.

Jamie Walls said she wants the kids to answer for what she said they did.