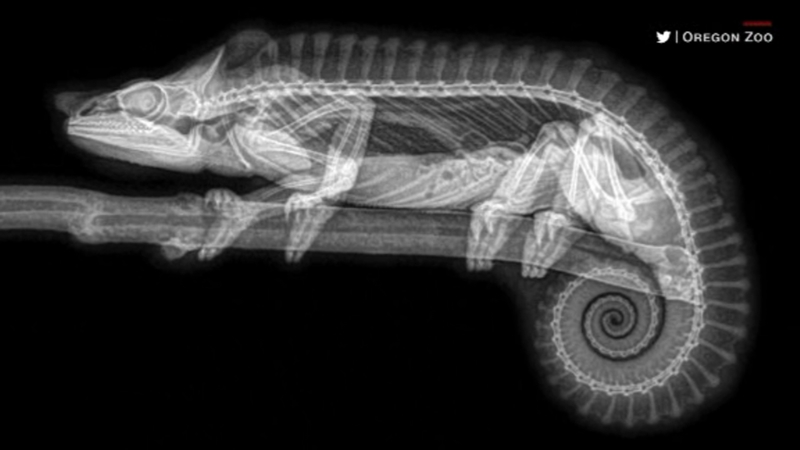 They were taken during routine checkups at the zoo's veterinary center. Among the images was that of a ball python, a rodrigues flying fox, an inside look at a beaver's tail and a chameleon.

We don't know why you would, but if you were looking to dress up your pet chicken for Halloween... don't!

KNOE reports that due to a recent, drug-resistant salmonella outbreak, the Centers for Disease Control and Prevention is warning people with live poultry against handling, cuddling and even dressing up their chickens for Halloween.

Something stinks in Portland. KPTV reports that police are sniffing around for clues after someone stole a 50-pound nose from a family's porch.