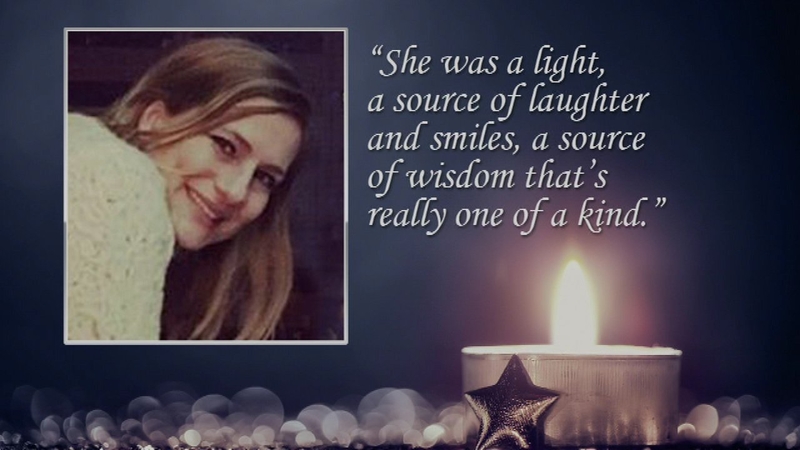 Anne Swaney, 39, was executive producer of online operations at abc7chicago.com.

Anne was a fearless world traveler who had visited Belize before. She lived in Lincoln Square, but we like to think she thought of ABC 7 as her home.

A 1998 graduate of Northwestern's Medill School of Journalism, Anne was a tough copy editor who took pride in every story.

"I'm really without words because it is a tragic loss for our newsroom, and really for the entire station and for the city of Chicago. She was terrific at what she did," ABC7 Chicago President and General Manager John Idler said.

Anne didn't do anything half way. She gave her whole heart to the things and people she loved: her horse Sequoia, her cat Sasha and, of course, her father, mother and two brothers - one of whom she lost not long ago - and a tight-knit group of friends.

"To say that she was a pivot around which we all orbited would be an understatement," said Heather Clark, a friend.

Every day, we here at ABC7 were the beneficiaries of Anne's kindness, strength and intelligence.

"Anne was our leader, Anne was our conscience. Anne wanted to make sure that every story that we put online was first and foremost right," said Kevin Carpenter, director of digital operations at ABC7 Chicago. "There's always going to be a spot there that we will miss."

"She was a light, a source of laughter and smiles, and a source of wisdom that's really one of a kind," said Rosie Powers, an ABC7 web producer who worked closely with Anne.

Northwestern University issued a statement on Anne's death Friday: "We were saddened to learn today of the death of Anne Swaney, a Northwestern University alumna. On behalf of the University, we express our condolences to Anne's family and friends. Our thoughts are with them. Anne was a 1998 graduate of Northwestern's Medill School of Journalism, Media, Integrated Marketing Communications. She was vice chair of her class reunion committee in 2013 and served on the Chicago regional campaign committee for Northwestern's current fundraising campaign. Again, our hearts go out to Anne's family and friends. We extend our deepest sympathy to them."