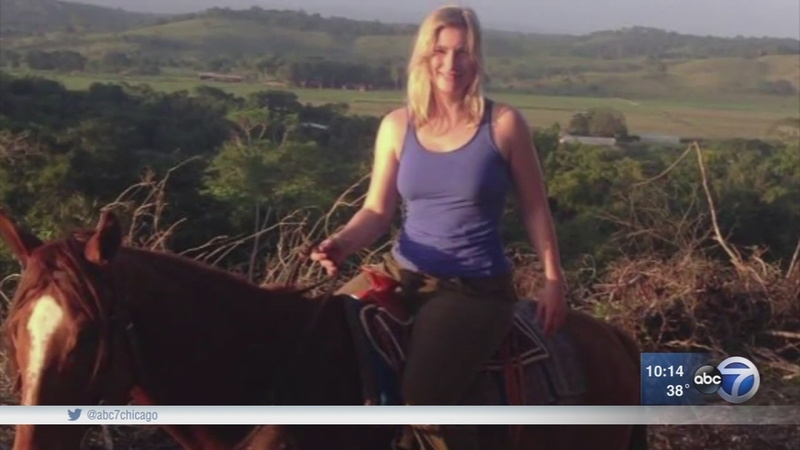 BELMOPAN, Belize (WLS) -- A year after ABC7 executive producer Anne Swaney was murdered while on vacation in Belize, the FBI has offered a reward for information leading to her killer.

Swaney, who was executive producer of online operations at ABC7, was found dead Jan. 15, 2016 at an eco-ranch in western Belize. She was found strangled in the Mopan River.

Belize police, who have overseen the murder investigation, have never established a motive or a prime suspect.

"We are still awaiting some test results that were sent abroad. Other than that there are still no leads," said Belize police inspector Stanley Bowden. Belize police say they have returned to the crime scene and re-interviewed witnesses.

Belize has a U.S. embassy, but has no American law enforcement jurisdiction nor subpoena power in the country, thus limiting the role of the FBI.

However, the FBI is offering up to $10,000 for information that helps identify Swaney's murderer. The money is a significant incentive in a country where 40 percent of the population lives in poverty.

"What does give me comfort is that federal authorities from the United States are involved," said Robert Milan, a former Cook County and federal prosecutor.

Floating a reward also signifies something else.

"It tells me they don't have a strong lead. You wouldn't be offering a general reward unless you had a strong lead. That's not a good sign," Milan said.

FBI agents traveled to neighboring Guatemala to re-question a Guatemalan national arrested near the crime scene, the I-Team has learned.

The man was quickly released a year ago, paid an immigration fine and returned to Guatemala. Authorities have not said whether he is, once again, considered a suspect.