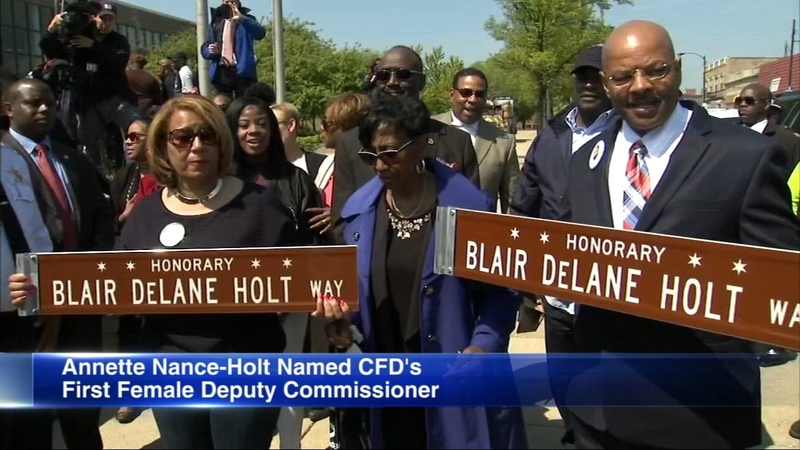 CHICAGO (WLS) -- The Chicago Fire Department appointed a new deputy commissioner Thursday and she will be the first woman to hold the post in the city's history.

"First Deputy Annette Nance-Holt is one of the most efficient officers I have had the pleasure of working with," he said. "She is an outstanding tactician and administrator. Her abilities and leadership are respected by both officers and the rank and file."

In this role, Nance-Holt will be responsible for the department's day-to-day operations.

Nance-Holt is the mother of Blair Holt, a 16-year-old killed aboard a CTA bus in 2007 as he shielded a friend from gunfire. Nance-Holt and her husband have channeled the pain of their son's loss into action, working on several anti-violence initiatives and creating a scholarship fund in their son's name.