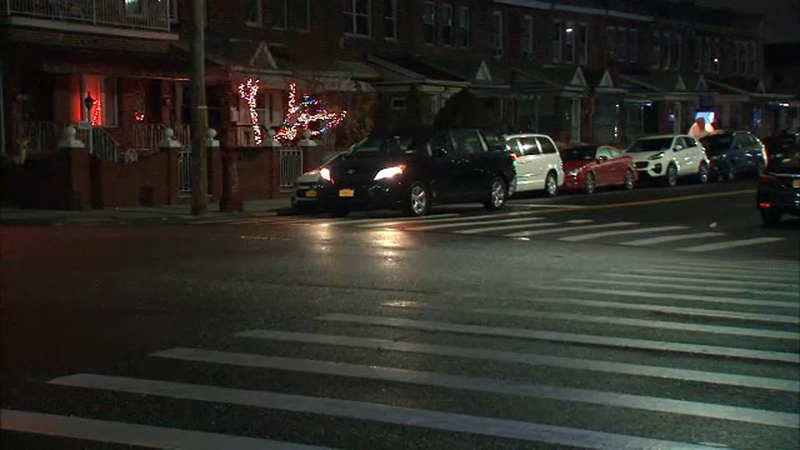 GRAVESEND, Brooklyn -- A Jewish mother was hit in the head while walking with her son in Brooklyn.

The incident marks the fifth confirmed hate-based attack this week.

As a result, the NYPD is increasing their presence in Borough Park, Crown Heights, and Williamsburg.

The hateful act happened on the quiet area of West 6th Street and Avenue S in the Gravesend section.

The 34-year-old woman was walking with her child when she was assaulted.

Police said a 42-year-old woman shouted an anti-Semitic slur and then beat the Jewish woman with her bag.

The NYPD released new surveillance video of a man wanted in a different attack on Kingston Avenue Tuesday in Crown Heights.

The NYPD is tracking five incidents this week, including another in Crown Heights that was caught on camera.

One man was arrested for a beating that happened in Midtown Manhattan.

All this followed the tragic murders earlier this month inside a Jersey City kosher supermarket.

"The overall Jewish community was reeling from what happened in Jersey City. Now to have to deal with this during the holiday season-during Hanukkah is so difficult," said Evan Bernstein, of the Anti-Defamation League. "I've already been in contact with a lot of Jewish leaders in the region and they're telling me just how fearful their constituents and congregants are."

Governor Andrew Cuomo is calling for a hate crime investigation, and Mayor Bill de Blasio is also calling for an end to the violence after the rash of incidents.

Eyewitness News has found there has been a 53% increase in anti-Semitic hate crimes in New York City this year compared to the same time last year.