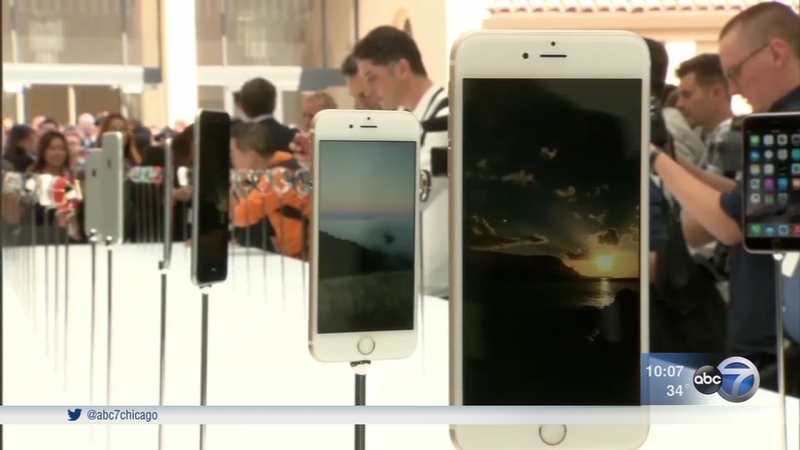 The allegations were in a lawsuit filed Thursday in Chicago federal court on behalf of five iPhone owners from Illinois, Ohio, Indiana and North Carolina, all of whom say they never would have bought new iPhones had Apple told them that simply replacing the batteries would have sped up their old ones. The suit alleges Apple violated consumer fraud laws.

"I think people would've liked to have known if I update my phone to a new operating system, what are the consequences?" said James Vlahakis, Atlas Consumer Law.

Vlahakis is representing the plaintiffs in the Chicago lawsuit. He said all bought new phones after Apple gave them a false choice to keep the slow phone or buy a new one.

"They went in the stores. They asked what's wrong. Diagnostics tests were being performed, and they were told 'You need a new phone,'" he said.

In fact, a new battery - at a fraction of the cost - would have resolved the issue. Apple only made that disclosure after other engineers figured it out.

The new software updates slow down older devices in an effort to extend the phone's battery life or keep it from overloading. Install a new battery and the speed returns.

"The technology really is being innovated at a really rapid pace, and the devices that we have are simply out of date," said Brad Spirrison, technology writer.

The lawsuit alleges Apple hid the truth to "...fraudulently induce consumers to purchase the latest iPhone..."

"You get frustrated, but not frustrated enough to not buy another Apple phone," Vlahakis said.

In a statement, Apple said, "Our goal is to deliver the best experience for customers, which includes overall performance and prolonging the life of their devices."

"I think it's discouraging because I am a big Apple fan, but at the end of the day it's capitalism at work. They're a big business, and they're just out here trying to make money," said iPhone user Francesca Peschke.

A similar lawsuit was filed Thursday in Los Angeles.

Apple said it released the fix for iPhone 6, iPhone 6s and iPhone SE and later extended it to iPhone 7. Apple didn't respond to a message Friday seeking comment.

Plaintiff Kirk Pedelty, of North Carolina, contacted Apple as his frustration grew. However, the lawsuit says: "Nobody from Apple customer support suggested that he replace his battery to improve the performance of his iPhone. ... Frustrated by slowdowns and intermittent shutdowns of his iPhone 7, Pedelty purchased an iPhone 8."