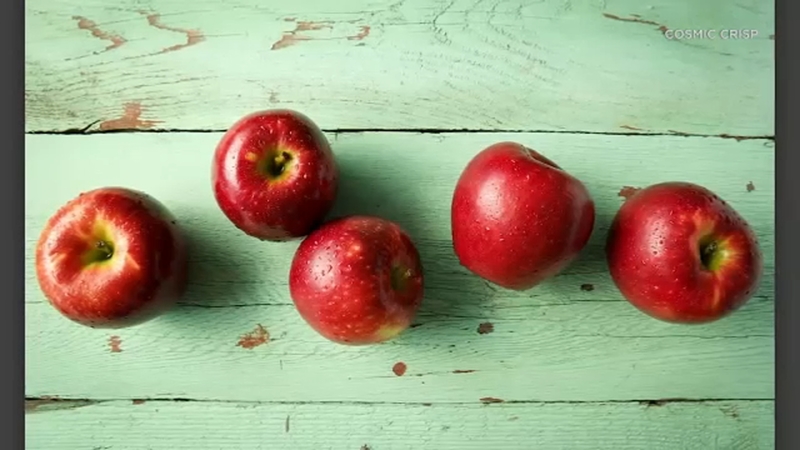 Cosmic Crisp apples hit stores in Washington and according to farmers, these apples will last as long as a year in the refrigerator.

They're made from a mix of Enterprise and Honeycrisp apples. Cosmic Crisp is the first apple ever bred in Washington state, which grows the majority of the United States' apples. It's expected to be a game changer.
EMBED More News Videos

Cosmic Crisp, a new variety of apple hitting stores in December, is the first apple ever bred in Washington state, which grows the majority of the United States' apples. It's described as "ultra-crisp" and "very juicy."

The cost is about double a regular apple.

The apple variety was developed by Washington State University. Washington growers, who paid for the research, will have the exclusive right to sell it for the first 10 years.

The apple is called Cosmic Crisp because of the bright yellowish dots on its skin, which look like distant stars.