wls
By ABC7
June 6, 2009 (CHICAGO) The Chicago police officer was shot and killed in the line of duty early Monday.

Two people are in custody and charged in his murder.

As expected, it was an emotional service for those who attended the funeral held Saturday morning. Valadez is the first Chicago police officer killed in the line of duty this year. He was remembered as a committed officer, loving son, brother and an excited father-to-be.

Family members mourned Saturday as did the brotherhood that laid one of its own to rest. Chicago area dignitaries and everyday citizens were among the thousands attending the funeral. Officers from the 27-year-old's 7th District headquarters turned out in force, as did many other officers who didn't know their fallen comrade whom friends called "Alex." Still, they said, they felt like he was family.

"He's from the neighborhood where I grew up, where my family did and friends did. Our prayers go out to the family. Things like this touch a lot of people," said Det. Dan Matuszak.

"You never know if it's the last time you will see a relative or friend. People don't realize sometimes how dangerous it is," said the Chicago Police Department's Ofc. Robert Perez.

However, neighborhood resident Denise Hornof said she did understand, and although she never met the slain officer, she encouraged the neighborhood to show its support.

"The police are appreciated for all they do. It's just sad someone's life was taken in this way," Hornof told ABC7 Chicago.

Chicago police Supt. Jody Weis praised Officer Valadez for making a significant impact during his three years on the force.

"He was only on this earth 27 years, and he made more of an impact than most people do in a full lifetime," Weis said. ¶

Outside the packed church, there was no mention of the violence that claimed Valadez's life early Monday. Investigators say it was as he and his partner responded to a call of shots fired that Kevin Walker, 21, drove up near Valadez, and that's when his passenger, 20-year-old Shawn Gaston, fired the shots that eventually claimed the officer's life.

"We all knew him and loved him, and it's a huge loss for all of us in the city, but we'll get through this," said Valadez's Cmdr. Keith Calloway.

Valadez earned a department commendation and 22 honorable mentions during his career. He is survived by his parents, his two older sisters and his fiancee, who is also a Chicago Police Officer. She is expecting their first child, a baby boy, in September. 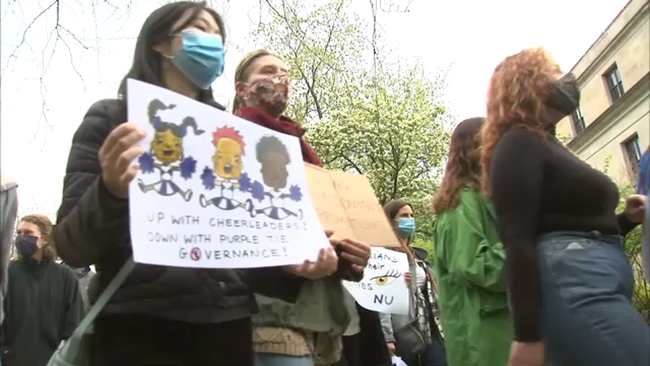