wls
By ABC7
June 17, 2009 Officials are treating it as a possible abduction case. The girl's cousin said the toddler was taken from her car as she went into a gas station on Tuesday night.

The girl's family, police and FBI agents were at the gas station on Wednesday night, looking for answers.

FBI agents and Gary police fanned out on Wednesday night in Gary, Hobart and Porter County. They were all focused on finding 2-year-old Jada Justice who has been since Tuesday night.

"We want to know if anybody saw this child. If you saw the baby, when was the last time you see her. If you saw her, who did you see her with. We are just out to gather information. We want to develop a timeline. Where was she? Was she actually here," said Cmdr. Anthony Titus, Gary police.

Police returned to the Gary gas station on Wednesday with pictures of Jada where she was last seen Tuesday night.

Police say Jada's babysitter, the mother's cousin, stopped to buy a gallon of milk, went inside, and returned, only to find the girl missing from the car.

"I don't just understand that, how she would just leave my baby in the car with the doors open," said Melissa Swiontek, Jada's mother.

Police said they executed a search warrant at the babysitter's Hobart home, just blocks away from the gas station. A source told ABC 7 they removed clothing.

In the meantime, relatives were handing out fliers and pictures of Jada.

Valdez wants Jada home safe and back with her family who was suffering on Wednesday night.

"I never felt like this in 31 years. This is terrible. This is the worst day of my life," said Clarence Justice.

Police have questioned several people, including the babysitter. The police told ABC7 they expect to charge the babysitter, an 18-year-old girl, with felony child neglect.

No one has been arrested or charged with child abduction yet. 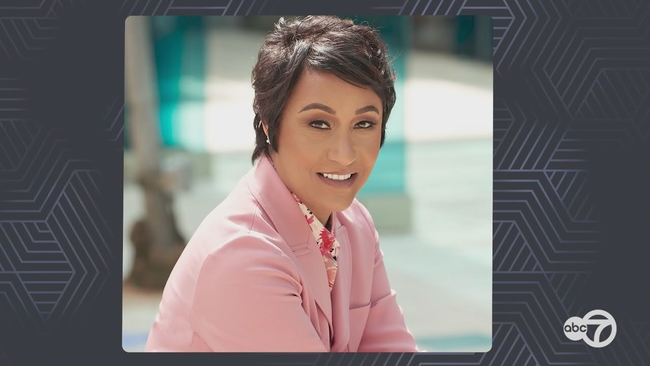