wls
By ABC7
April 30, 2010 (PRESS RELEASE) The concert will feature rising stars from the Ryan Center for Young Artists at Lyric Opera and the North Shore Choral Society. Larry Rachleff will conduct.

The evening will open with two unaccompanied choruses from 'The Peaceable Kingdom' by Randall Thompson presented by the North Shore Choral Society. The group will perform Have Ye Not Heard? and Ye Shall Have a Song. Following the choral pieces will be Beethoven's Romance for Violin and Orchestra No. 1 in G Major Opus 40 with David Perry, Violin. Beethoven's Symphony No. 9: "The Choral" presented in its entirety will conclude the evening.

One of the most influential symphonies ever written, Beethoven's Symphony No. 9 is complicated, powerful and exciting. Symphony No. 9 was Ludwig van Beethoven's last complete symphony. It was completed in 1824, only three years before his death in 1827. Beethoven was completely deaf at the time that he composed this epic piece. It is regarded by most as a masterpiece, and one of the greatest accomplishments of his very productive life. Symphony No. 9 was also the first example of a major composer incorporating voice into a symphonic work. In the fourth and final movement, Beethoven adapted a poem written by Friedrich Schiller in 1785 - An die Freude ("Ode to Joy"). The elaborate movement features four soloists and a full chorus. The North Shore Choral Society and soloists from Ryan Center for Young Artists at Lyric Opera will join the Chicago Philharmonic to deliver this final movement and the spectacular "Ode to Joy".

The Chicago Philharmonic will also welcome to the stage a small group of very talented budding young artists. As part of the orchestra's Side by Side program, in partnership with New Trier High School, seven exceptional young players have been working very hard alongside of some of the orchestra's finest mentor members. These promising young talents will have the great honor of joining the renowned Chicago Philharmonic in presenting Beethoven's incredible masterpiece. Beethoven's Ninth has been a favorite of classical music fans and this concert will constitute a brilliant finish to the Chicago Philharmonic's 20th anniversary season.

About the Chicago Philharmonic

Named "Orchestra of the Year" by the Illinois Arts Council of Orchestras, the Chicago Philharmonic continues its 20th season (2009 - 2010) at Northwestern University's Pick-Staiger Hall in Evanston. Proud of its heritage as the former Symphony II, the Orchestra carries on this tradition of excellence. The Chicago Philharmonic has won many accolades from music critics and audiences alike. In the upcoming season, the orchestra will continue its mission to offer exceptional music at a reasonable price.

For a relatively young orchestra, the Chicago Philharmonic has singular strengths : Many of its members are drawn from the Lyric opera's orchestra and therefore have been meticulously screened for some of the country's most coveted positions. Other members are proven top-flight career musicians from the Chicago Metropolitan area. The orchestra's cadre of seasoned professional musicians have performed together over many years and so have developed a special musical cohesion that always thrills the listener.

Chicago Philharmonic musicians also perform at Ravinia in the Ravinia Festival Orchestra, in the American Ballet Theatre and Grant Park Symphony Orchestra. In addition, the Chicago Philharmonic is the orchestra selected to perform with the acclaimed Apollo Chorus of Chicago; the beloved Salute to Vienna at Symphony Center; and the symphonic team building initiative - The Music Paradigm.

Side by Side is the Chicago Philharmonic's new mentoring program geared toward middle and high school students. The program provides top level guidance to students in the school setting and an opportunity to sit in the orchestra with their mentors for a rehearsal session or a performance of a major classical work. 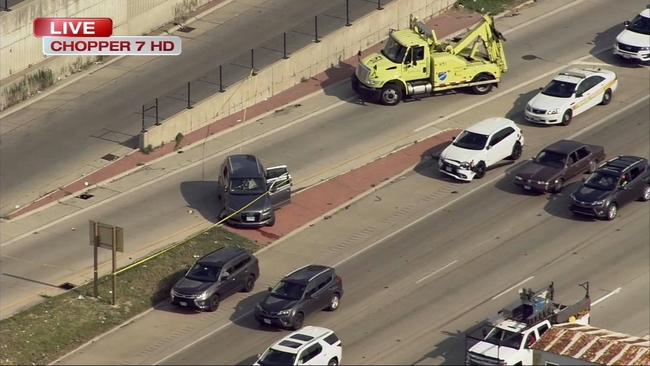