wls
By ABC7
September 4, 2010 (CHICAGO) Greg Buckner, 49, was riding a bicycle -- on a street with bike lanes marked clearly-- on his way home during a rainstorm Thursday night when a vehicle hit him and left the scene at 84th Street and South Chicago Avenue.

Prayers were said and tears shed Saturday at the home of Greg Buckner as loved ones remembered him as a kind and charismatic soul.

"He was sweet. He had a large heart. There wasn't nothing he wouldn't do for anybody in any kind of way," said Tisha Rodgers, the victim's fiancee.

Buckner was riding his bicycle in a rain storm Thursday night when police say a vehicle stuck him and left the scene. An unidentified person called 911 after apparently witnessing the incident, but investigators say they don't have a description of the vehicle or driver in question.

"At this point, everything is still a dream," Rodgers told ABC7.

The couple was raising five children together.

"He would do anything for his babies. He loved them with everything in him," said Rodgers.

Buckner was known in his south Chicago neighborhood as a handyman who was quick to help others. His loved ones say he was religious and was just baptized two weeks ago.

"It's going to take somebody to say something, to stand there and turn in a brother or a family or friend. That's hard, but they took something precious as well from us," Rodgers said.

At this point, investigators do not have much to go on. However, there are some businesses in the area near the incident that have surveillance cameras. Police say they hope to glean some information from those cameras. 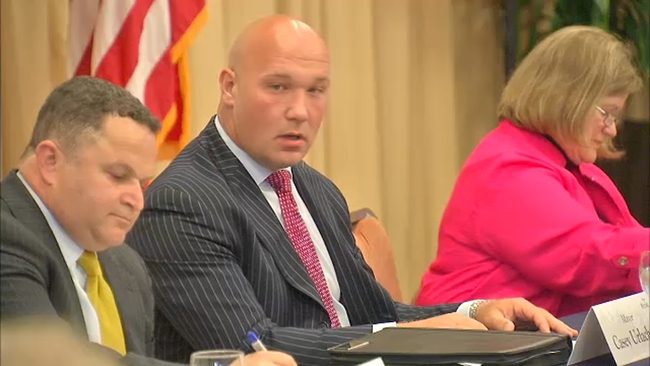