The U.S. Coast Guard said in a statement Saturday that it received a call at about 12:30 p.m. from the captain of the 585-foot ship Summer Wind reporting its collision with a barge.

The barge was being towed from Texas City to Bolivar at the time. Kirby Inland Marine, owner of the tow vessel Miss Susan and the barge, is working with the Coast Guard and Texas General Land Office at the scene, according to the Coast Guard. The Coast Guard did not give an estimate of how much oil had leaked into Galveston Bay.

A sheen of oil was being reported on the water, but it was unknown how much oil had leaked, the statement said. Six crew members of the tow vessel are in stable condition.

Jim Suydam, spokesman for the General Land Office, described the type of oil the barge was carrying as "sticky, gooey, thick, tarry stuff."

"That stuff is terrible to have to clean up," he said.

Mild weather and calm water seemed to be helping efforts. He said about every private cleanup outfit in the area was out there under the coordination of the Coast Guard and General Land Office.

Texas City Homeland Security director Bruce Clawson told The Daily News in Galveston that the barge sank and that there is no danger to the community. Suydam said he could not confirm whether the barge sank.

A segment of the Houston ship channel was closed to traffic, the Coast Guard said. Texas City is about 40 miles southeast of downtown Houston.

Tara Kilgore, an operations coordinator with Kirby Inland Marine, declined to comment Saturday when reached by The Associated Press.

On its Facebook page, Texas City Emergency Management said the dike and all parks on the water are closed until further notice.

Jackie Farrell, secretary of the Galveston County Audubon Group, said she and friends had planned to go birding on the Texas City dike on Monday.

Farrell said the dike attracts a lot of shorebirds, gulls and terns. A large population of brown pelicans stays year round in the area, while other species are winter birds that have started migrating north.

"All kinds of birds fish there," Farrell said. Not knowing how much oil spilled she said it was not possible to estimate the impact, she said.

Monday marks the 25th anniversary of the Exxon Valdez spill off the coast of Alaska. Suydam said that spill spurred the creation of the General Land Office's Oil Spill and Prevention Division, which is funded by a tax on imported oil that the state legislature passed after the Valdez spill. The division does extensive response planning including pre-positioned equipment along the Texas coast.

Take ABC13 with you!
Download our free apps for iPhone, iPad and Android devices 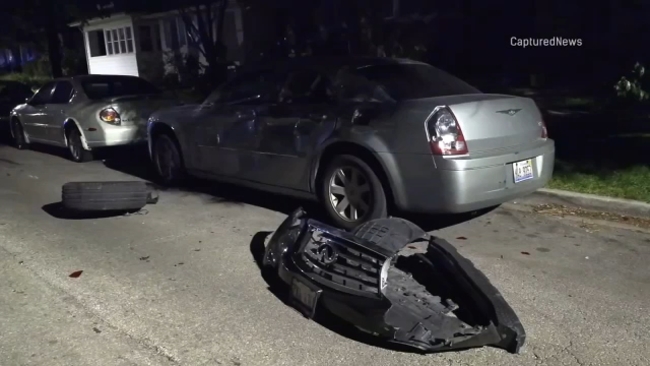