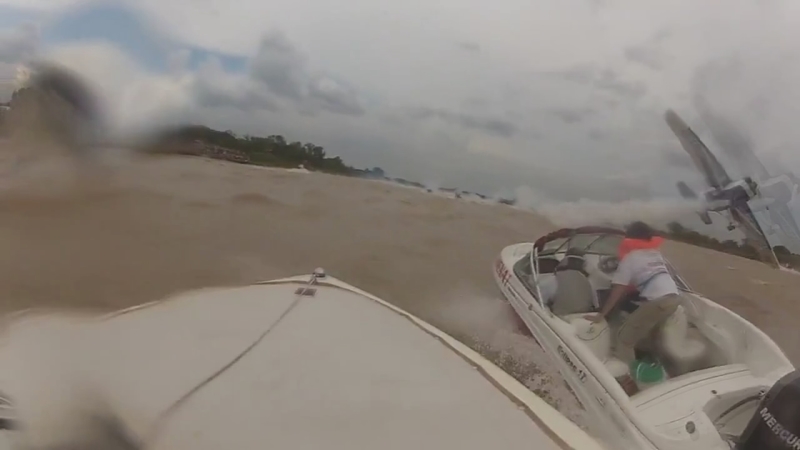 A group of boaters in Argentina got quite a scare when a pilot they believe was show-boating got a little too close for comfort, skirting his plane just above their heads.

Mariano Bradanini and two other men were participating in a fishing tournament and air show Sunday when they took the incredible footage above. Around :24, you can see the plane fly low at an incredibly close distance on the right side of the screen.

If you think that's scary, though, watch at :38. This time the boater seems to know the plane is coming and angles the camera for the best effect. It flies almost straight at the camera, skirting just above the heads of the boaters.

Bradanini told ABC News the plane did startle them until they decided it could be a pilot in the air show.

"We were scared at first," he said. "But then we realized that he was an experienced pilot."

ABC News reports it's unclear whether the stunt was a planned part of the air show or someone mistakenly flew too low.

By the end of the video, the men were laughing at their situation, and Bradanini said it won't deter them from coming to the next tournament.