Ariel Olivar's mind-blowing trick has all of America talking.

When Ariel Olivar's fellow cheerleaders egged her on to perform a seemingly impossible stunt with one invisible box, she never knew she'd soon leap into internet stardom.

But the 16-year-old Manvel High School junior became the talk of not only Houston but the country this weekend when video of her gravity defying trick appeared on ESPN's Sportscenter and right here on ABC13.

We caught up with Ariel as she and her mother were en route to the airport to begin a blitz of national media interviews.

"At the beginning of this day, I had no idea I was going to New York and now we're going to the airport," Ariel said.

Ariel says it all started when she saw a man on Twitter perform the same athletic move that she would soon be recognized for on TV and social media.

"The cheer team was just messing around, and we recalled the video on Twitter," Ariel said. "I started doing it, and they told me mine was pretty good."

When the smartphone cameras came out, Ariel suddenly had one hot video on her hands.

"I had no idea it would ever get this big," Ariel said. "I am speechless."

Her mother, Darby Cruz, says she is "pretty stoked" for her daughter, "overwhelmed," really.

"She deserves it," Cruz said. "She's a really good kid. I know every parent thinks that about theirs, but it's really true about mine."

Of course, we had to ask: what's the secret to this awesome visual effect?

"Just go for it. The actual move, it's kind of hard," Ariel said, "You just use your imagination with the box, but it requires a lot of leg strength and core strength." 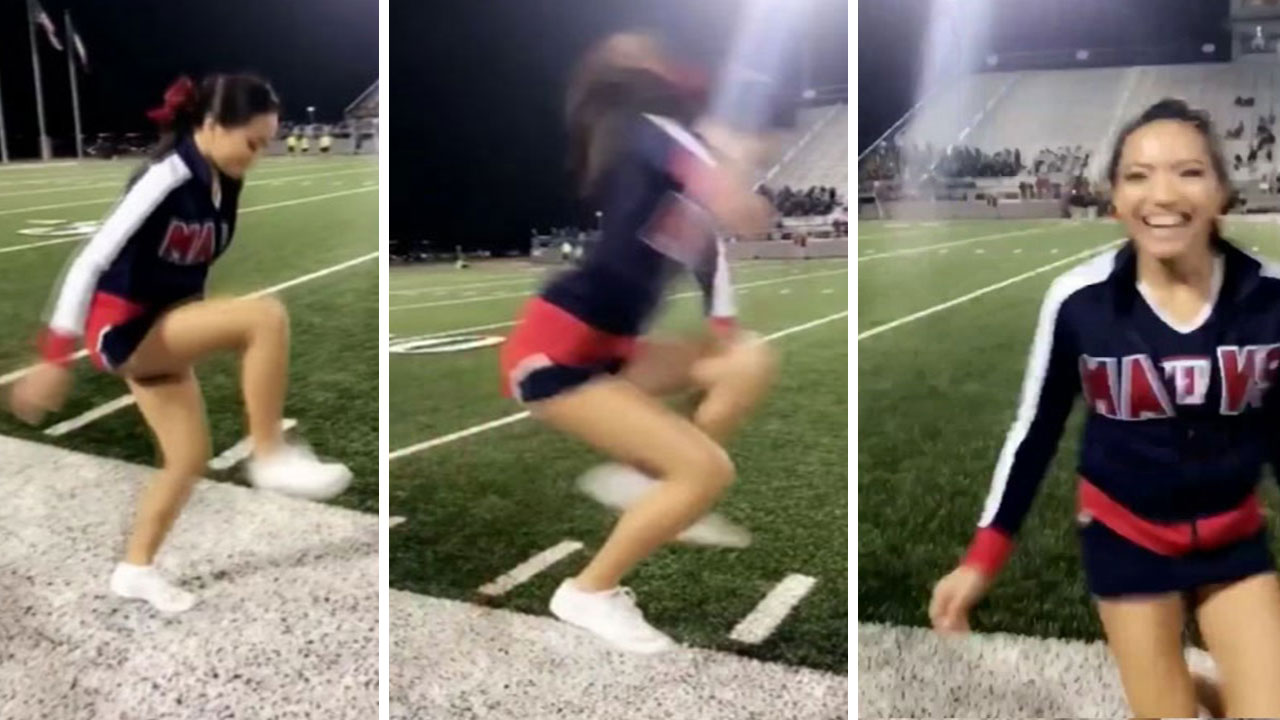