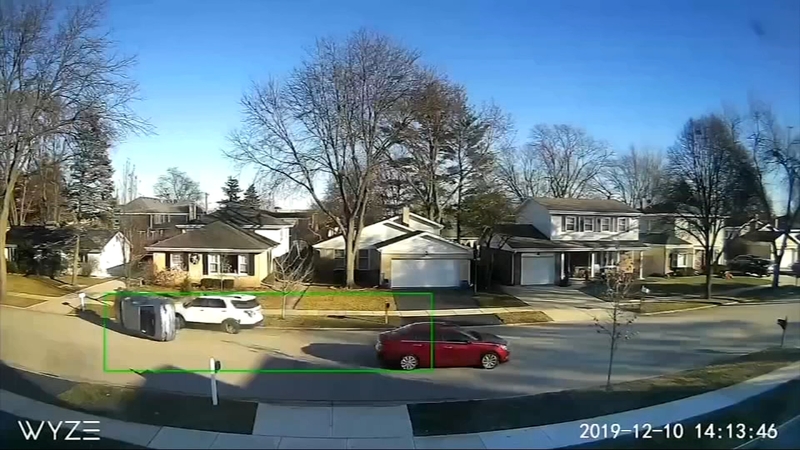 ARLINGTON HEIGHTS, Ill. (WLS) -- Residents in a northwest suburban neighborhood are warning drivers after a vehicle crashed and flipped over recently.

A driver was turning to avoid an oncoming car when she swerved into a parked car, causing her vehicle to overturn.

Luckily, the driver of the overturned vehicle isn't seriously injured, but residents said they fear one of the dozens of small children who live on the street could be next.

"You have people just barreling down the street at all times of day," said Lindsey Kaplan, who lives on the block.

Jay Casaletto has lived in the village for years. His wife's car was hit broadside several years ago by a car speeding down the street.

"It's a pressing concern after the accident, but it's been an ongoing concern we've been battling for years," said Casaletto.

One neighbor concerned about careless driving on the street installed a camera that has documented near misses as well as crashes.

Other neighbors have their own stories and pictures of fender benders they say were caused by drivers who speed down this street, trying to avoid more congested traffic areas nearby.

"This has been an issue since I was growing up. This is a well known cut-through," said Mike Marston, who grew up in Arlington Heights.

Some residents have taken to posting their own signs in the street and on their yards, pleading with drivers to be careful.

Police said they've put extra manpower on the street to try to help, but this is just one of a number of streets in town where they are focused.