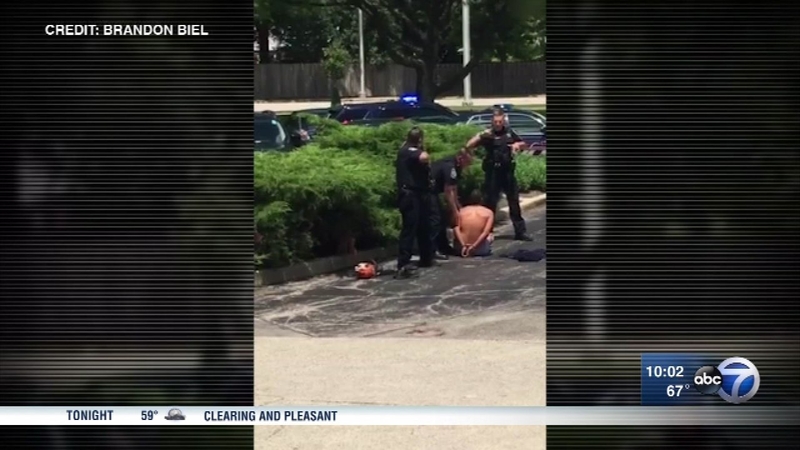 ARLINGTON HEIGHTS, Ill. (WLS) -- Arlington Heights police said a man attacked another man with a chainsaw in the parking lot of an office park Monday afternoon.

Police said the attack happened in the 500-block of Golf Road, and that the attacker and the victim knew each other.

Police said that's exactly how it played out.

"There's no danger to the public. Or any adjacent businesses here or other employees," said Deputy Chief Andy Whowell, Arlington Heights Police Department.

"There was a guy laying down over there in his underwear," said witness Troy Thompson.