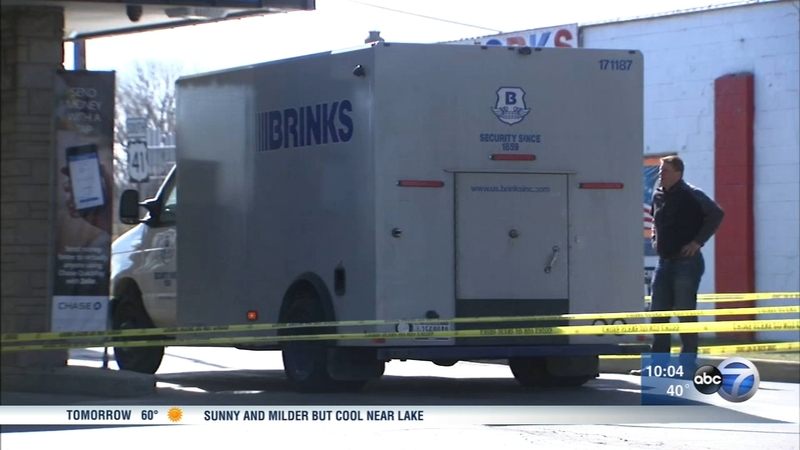 Hammond police said a driver/security guard of a Brinks armored truck was servicing an ATM outside the Chase bank located in the 4200 block of Calumet Avenue at about 7:20 a.m. when two masked men drove into the lot and fired one shot at the truck.

"It could very well be a spontaneous act or could have been well planned out. That's still to tell," said Steven Kellogg of the Hammond Police Department.

Police said the men took three bags of money from the truck and took the security officer's gun before driving off. Authorities have not released a specific figure for how much money was taken but said it could be six figures-worth of cash. The security officer was uninjured.

The suspects were described as two black males, approximately 20 to 30 years old.

FBI agents are working with Hammond detectives to investigate. The FBI said the suspects' getaway car, a brown Cadillac, was found torched in a field about two miles away on Chicago's far South Side.

Valerie Cardoza lives across from the field where the car was found and said she's glad that the fire didn't cause more damage given the conditions of the field.

"Very tall and very dry so in the summer time it could have probably been a worse fire," she said.

Arnold Garza lives next door to the field and watched as police searched for the suspects, one working with a dog and another armed with an assault rifle.

"I mean it's just pretty scary not knowing that it happened pretty close to home," he said. "I'm just happy that we're all safe."