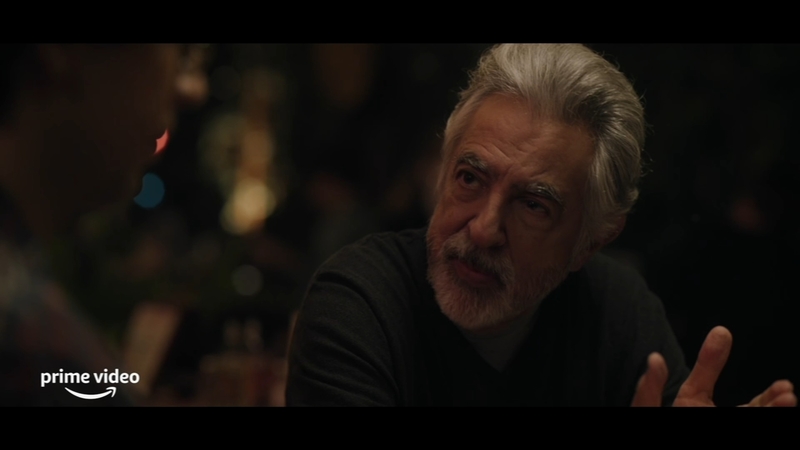 CHICAGO (WLS) -- Joe Mantegna is out with the new series "As We See It" about young people dealing with autism, a disorder his own family knows well.

Hosea Sanders spoke with the Chicago original who's been entertaining us for more than half a century -- though not nearly as long as he's been a Cubs fan!

"I grew up on the West Side, that's my hometown," Mantegna said. "I used to joke about it, when Dennis Franz and Dennis Farina and I would get together, if we talked long enough, the Wrigley Building might appear.... I went to high school in Cicero, even got a street named after me in front of the Red River Shannon, an apartment I lived in when I went to the Goodman School of Drama."

Mantegna's new series on Prime Video is "As We See It." Young adults on the autism spectrum cope with the challenge of a world that often makes no sense.
"They're asking me to play the father of a child with autism," Mantegna said. "I am the father of a child with autism. My oldest daughter will be 35 years old and has autism.... It's a perfect example of words that I live by, which is, everybody's got a story and nobody gets a free ride."

Mantegna continued, "I'll be in the airport and baggage guys will be yelling 'Joey Zasa' from 'Godfather.' I've been at this over 50 years, I've played a lot of characters."

And who could forget that great humanitarian Fat Tony.
"That's my longest running role," Mantegna said. "I'm still doing that and I've been doing it for over 30 years."
Recalling his "Bleacher Bums" days, did Mantegna ever dream his career would come so far?
"Hey, I'm a Cubs fan, it took them 108 years to make a dream come true," he said. "My mother lived to be 101 years old and I'm not sure she ever understood what I did for a living...kind of a thing to her... I'm just happy to spend a little time with you, this is like coming home, this is great."
Report a correction or typo
Related topics:
arts & entertainmentautismamazontelevisionfamily
Copyright © 2022 WLS-TV. All Rights Reserved.
AUTISM
Autism, developmental disabilities walkathon next month in Hillside
Random act of kindness: Stranger buys Air Jordans for teen with autism
Boy, 8, with autism denied entry to flight out of Chicago airport
Chicago-area nonprofit increasing autism awareness in April
TOP STORIES
Man, 19, charged in Lincoln Park Chicago shooting, robbery: CPD
Student, 7, injured after gun goes off at Disney Magnet School: CPD
NY teen found dead in SC after 13 years; Sex offender charged
Illinois reports 5,327 new COVID cases, 14 deaths
Chicago curfew hours criticized after shooting at 'Bean'
TriBecca's Sandwich Shop reps central Illinois in Chicago
You can now order 3rd round of free at-home COVID-19 tests
Show More
Woman goes viral wearing grandma's honeymoon wardrobe from 1952
How Kristin Chenoweth is connected to the Girl Scout murders
In Buffalo, Biden condemns racism, mourns victims
Man, 18, charged in boy's North Chicago shooting death
Metra UP-W train fatally strikes teen girl near Geneva
More TOP STORIES News