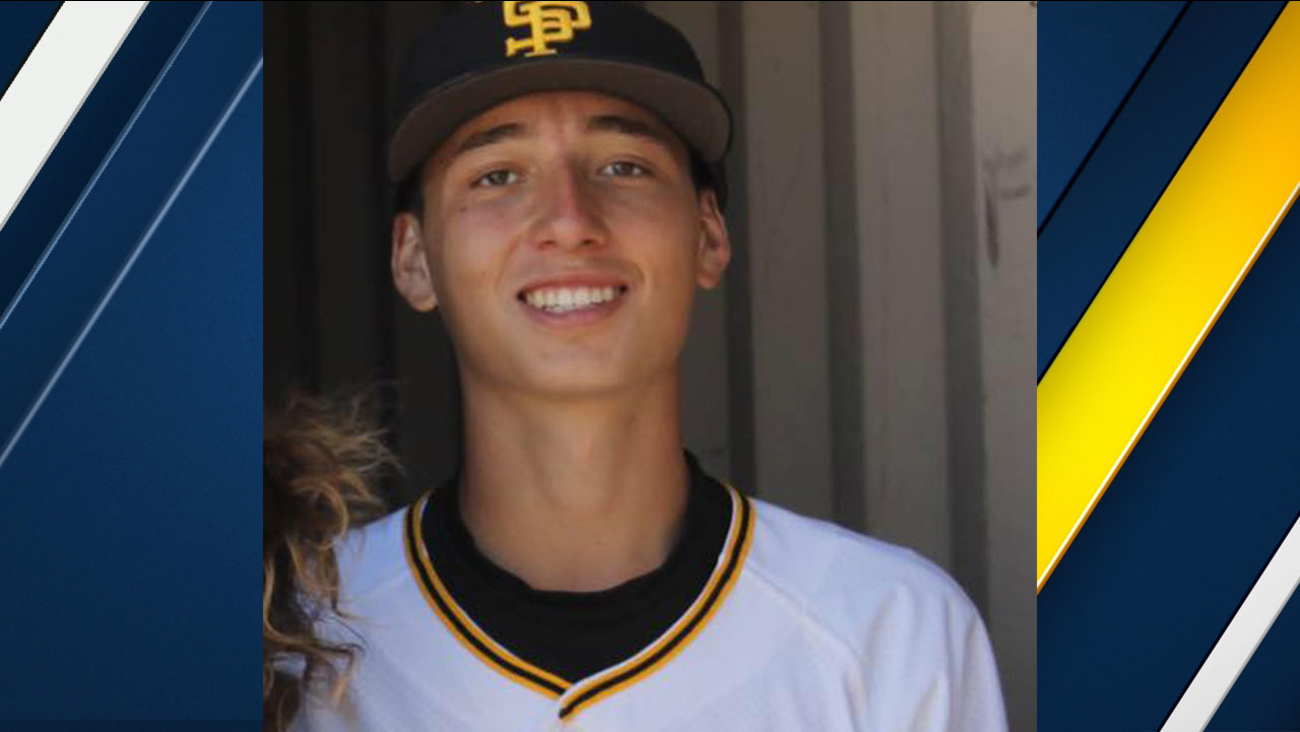 Evan Jimenez, 15, is shown in an undated photo in his baseball uniform. (KABC)

LOS ANGELES -- Detectives have identified a suspect in the brutal beating of a 15-year-old high school baseball player who was assaulted as he walked home from San Pedro High School.

One of the two suspects was identified as Jaymel Williams, 20, of San Pedro. The Los Angeles County Sheriff's Department said Williams was already in custody in a neighboring county on unrelated charges. Detectives interviewed him this week and they expect to present the case to the Los Angeles County District Attorney's Office.

A second man is being described as a "person of interest" who has not been charged.

Evan Jimenez, 15, was walking home with a girl on March 30 when he was severely beaten by suspected gang members. He was walking by an alley near 2nd and Bandini streets when two men approached and asked him where he was from - in other words his gang affiliation. He said he wasn't with a gang, but they grabbed a liquor bottle and beat him severely.

A police sergeant at the time described the attack as "about as close as you can get to a homicide without it being one."

Jimenez was beaten unconscious and transported to a local hospital. Family members say he was in a medically-induced coma at one point. He has since been released and is continuing to recover.

"He's just a kid. I just feel like how could somebody do this to him? He's my son. How could you leave my son laying in an alley face down?" Charlene Douthit said.

"They approached him and asked him where he was from. He said that he wasn't from anywhere. A Hispanic guy pushed him and my nephew fell and got back up. Then the Hispanic guy grabbed a bottle from the floor and hit him in the face with it," aunt Debra Alvarado said.

The suspects fled the scene after beating Evan. Friends arrived and rushed the unconscious teen to Harbor-UCLA Medical Center. His family cannot understand why anyone would attack him.

"He's a fighter. He's going to be fine. It might take a long time, but he's going to make it," Douthit said.