ATF agent shot in face in Back of the Yards

WLS
By Jessica D'Onofrio, Diane Pathieu, Rob Elgas and Cate Cauguiran
CHICAGO (WLS) -- ATF agents executed several warrants in Chicago's Back of the Yards neighborhood Friday afternoon as part of an ongoing investigation, according to a Tweet from ATF HQ.

This is the same area where an ATF agent was shot early Friday.

Local, state and federal agencies are partnering with ATF in executing the warrants, according to the Tweet.

ATF agents, with the assistance of our local, state and federal partners are executing several warrants in the Back of the Yards neighborhood as part of an on going investigation in Chicago.

The raids were an extraordinary show of force, as armed agents, K-9 units, and dozens and dozens of officers spread out and searched homes, seized evidence. At least three people were handcuffed.

Residents watched the heavily armed officers as they rolled through the streets, searching for the gunman.

"We will find you. We will knock on every door, talk to every witness, watch every piece of video and analyze every piece of evidence. Believe me, you will not get away with it," said Chicago Police Superintendent Eddie Johnson.

Multiple sources have offered $61,000 in reward money for information leading to the arrest of the shooter.

The FBI and ATF contributed $25,000 each in reward money. U.S. Marshals contributed $10,000, and community activist Andrew Holmes contributed $1,000. Anyone with information is asked to contact Chicago police at cpdtip.com.

The agent was critically wounded but has been stabilized and is expected to make a full recovery.

"He is currently in stable condition. He is anticipated to make a full recovery. I want to thank all of our law enforcement partners throughout the country that have reached out to us and given us their full support," said Celinez Nunez, special agent in charge of the ATF Chicago field division.

Officers were going to take the agent to the fire house on South Ashland Avenue, but instead took him straight to Stroger Hospital in a silver SUV with tinted windows.

A CPD officer involved in the federal operation who may have exchanged shots with the suspect was also taken to Stroger by ambulance for observation.

The agent is part of a newly-created ATF crime gun strike force. He was on a federal mission, with Chicago police assisting. Officials said the mission was part of a special task force investigating illegal guns, but declined to comment on specifics.

The agent is the fourth law enforcement agent to be shot in the area in the past year.

Officers from both local and federal agencies conducted an intense manhunt, searching for the shooter or shooters involved. With guns drawn, ATF agents and Chicago police officers scoured the area, searching vehicles parked nearby, employing K9 officers and using a Chicago Fire Department ladder to search rooftops of nearby homes.

The area was cordoned off for hours. Johnson said the area will be on lockdown through the weekend and ordered the deployment of all specialized units to assist in the ATF's shooting investigation.

Johnson said to expect a large police presence in the area, with officers saturating the neighborhood.

Alderman Raymond Lopez said he has spoken to area residents, who say such violence occurs on a regular basis.

"What was experienced last night for so many is just a daily occurrence of the violence that goes on in their neighborhoods, that they wake up with, work with, and go to school with," Lopez said.

No one is in custody.
Report a correction or typo
Related topics:
chicagoback of the yardschicago shootingchicago crimeguns
Copyright © 2020 WLS-TV. All Rights Reserved.
RELATED 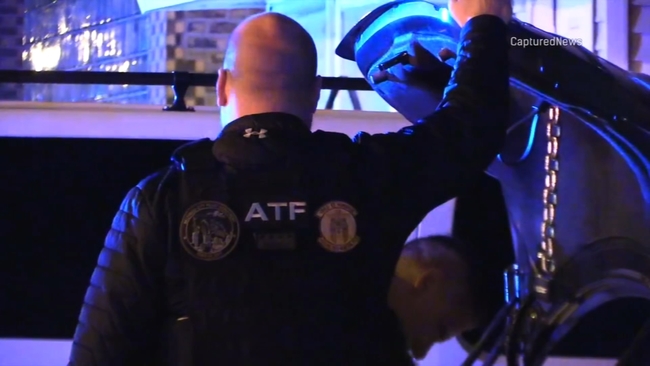 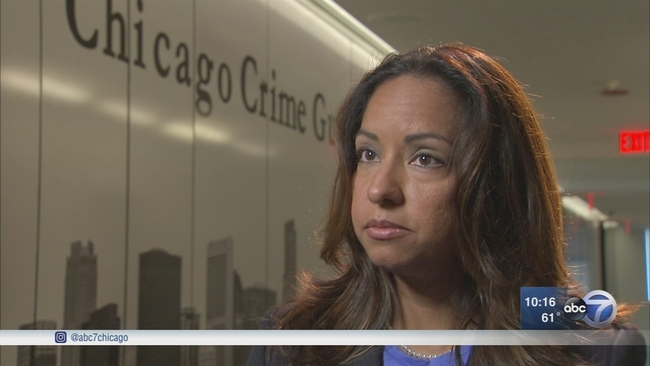