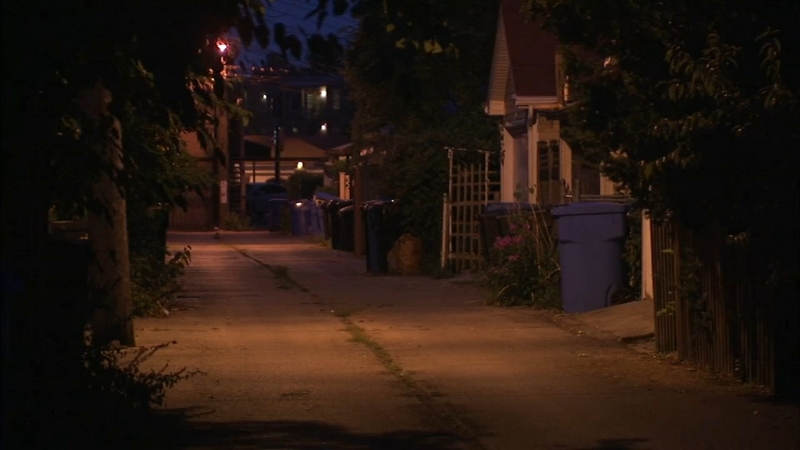 CHICAGO (WLS) -- Chicago police are looking for a man they said hit and tried to kidnap a 5-year-old girl in the city's North Mayfair neighborhood.

The girl was in her backyard between 4 and 4:30 p.m. in the 4800 block of North Kildare when a man in the alley started talking to her, according to a community alert from Chicago Police.

The man told the girl to come with him and said he would give her chocolate coins, police said. The girl walked halfway down the alley with the man before she realized he didn't have any chocolate coins and started crying.

"She told me that he was saying that, I have chocolate coins, come with me and I'll give you chocolate coins. He asked for her name and he said that's a beautiful name," said Khushbakht Latif, victim's cousin.

The man slapped the girl in the face and took her back toward her backyard before running away southbound in the alley, police said.

Latif said she saw the victim immediately after the incident as she was trying to jump the fence to get into their yard.

"She said, "Monster, Monster! Him monster!' I was like, was there a man, was there someone talking to you? And she was like, 'Yeah,'" she said.

The little girl told her family after she realized he didn't have candy she started screaming. The 5-year-old then said the man slapped her and brought her back to her backyard.

"I was halfway by her and I said, 'What are you doing?' and I just immediately heard running, like somebody's running really fast," Latif said.

"Usually they just take them away, they don't bring them back. We were all so happy," she added.

The family said they are getting new locks, installing cameras and will be raising the height of their fence.

The suspect was described as a short white man between 25 and 30 years old, according to police. He had light brown hair with facial stubble and was wearing pants and a red shirt.

Anyone with information about the suspect or the incident was asked to call Area North detectives at (312) 744-8162.