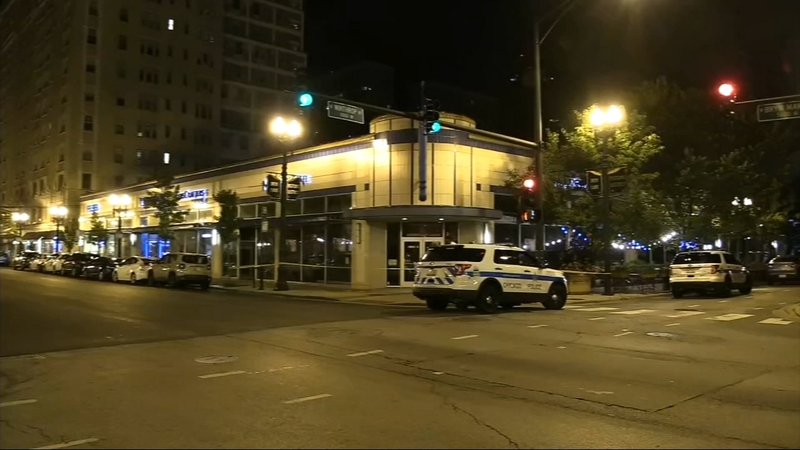 CHICAGO (WLS) -- A 37-year-old man was critically injured after he was attacked in an attempted robbery Monday night in the Edgewater neighborhood, Chicago police said.

The man was standing on the sidewalk waiting for a friend in the 1000-block of West Bryn Mawr Avenue at about 11:40 p.m. when police said two people approached him and punched him in the face multiple times.

The victim fell to the ground, striking his head on the concrete, police said. The suspects then went through the victim's pockets, police said.

The suspects fled east on foot when the victim's friend came to his aid, police said.

The victim was transported to Saint Francis Hospital in critical but stable condition with injuries from trauma to the head, police said.

Anastasio Tijerina, the victim's friend, said he saw his friend's legs buckle and said his head "hit the concrete in the worst way ever."

Tijerina said he was waiting for his friend outside The Mexican Café when the attack happened and ran across the street to help his friend.

"First thing I did was put my art, because I have a rather big binder, so I put my binder under his head, leveled his body out and was praying that he'd be OK," said Tijerina.

Nothing appeared to be taken from the victim, police said.

The scene of the attempted robbery located in the Bryn Mawr Historic District which is just steps away from the Bryn Mawr "L" stop in a highly traveled area of Edgewater with outdoor cafes, restaurants and a Starbucks.

The victim, who works in computer tech according to his friend, is originally from Iowa and now lives in Edgewater close to the lake, a place where many people usually feel safe.

"I'm living here for like last 17-18 years and it never happened before," said neighbor Jasmine Jamal. "I never saw it before."