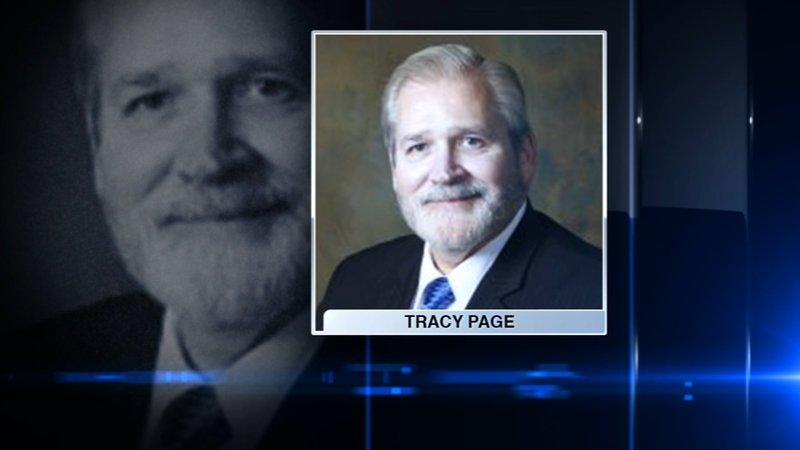 CHICAGO (WLS) -- A prominent attorney in northwest Indiana, was shot and killed at his home in Hobart on Wednesday.

Lieutenant James Gonzalez of the Hobart Police Department said Page was outside of his home, which is heavily wooded and set back from the street, but on his property at the time of his shooting.

Police said an off-duty officer in the area heard multiple shots and people screaming, as well as a person yelling for help. Shortly after that authorities received a 911 call for one person shot.

Police said the suspect was tackled by Page's husband, who witnessed the shooting, and disarmed. He was taken into custody at the scene without incident, police said.

Police described the suspect as an 83-year-old man from Cedar Lake, Indiana, who was a long-time friend and client of Page's. Police said he had been involved in a civil case.

Police said the suspect, who has not yet been named, was at the home with two of his daughters to collect documents that belonged to his family. Page had done some tax work for them. Police said it is not yet clear what prompted the suspect to fire numerous shots.

The suspect is currently in custody at Hobart City Jail and police said charges are pending. Police said a firearm was recovered from the scene of the shooting.

Page was a prominent attorney in Lake County, Indiana and a former magistrate judge, who currently worked in private practice at Thiros and Thiros and as a public defender. He was planning his retirement starting at the end of August, and had notified his office of it Tuesday.

"He was intelligent, quick witted and kind. His kindness included helping friends prepare their tax returns from his home," recalled his longtime law partner Mark Thiros in a statement.

Neighbors said he was much more than a great lawyer.

Gonzalez said he was an admired and respected member of the community and offered his condolences on behalf of the Hobart Police Department. Neighbors also described him as "a true gentleman's gentleman."