Mom says daughter devastated about teen who died in fight 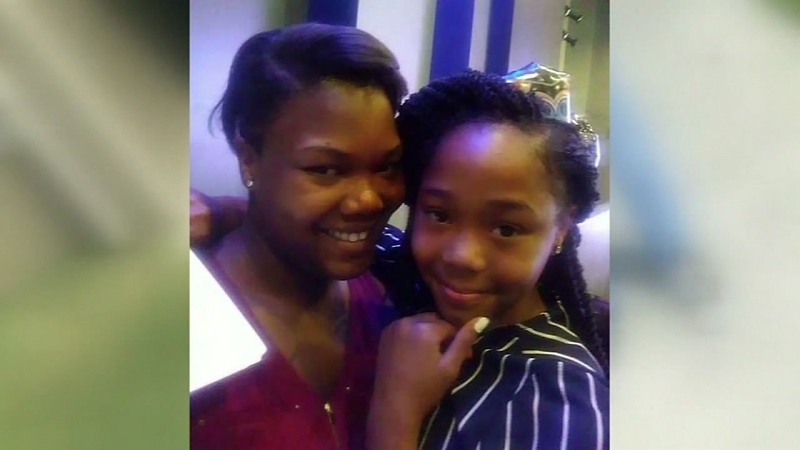 Teen is broken apart over teen who died after fight

HOUSTON, TX -- The mother of the young teen seen on video in a fight with Kashala Francis says she does not want her daughter depicted as a monster.

Johnnie Dorsey sat down for an exclusive interview with ABC13 Eyewitness News and opened up about what this week has been like.

RELATED: 13-year-old dies after fight outside middle school in southeast Houston
"I hate this happened, you know I hate it. Not just for me, but for my daughter and for the family also," Dorsey said.

Dorsey's daughter is seen in the video approaching Kashala outside of Attucks Middle School for a fight. But what she told ABC13 on Thursday is that it was a mutual agreement to meet for the fight.

"They agreed to fight around the corner," her mother said.

Dorsey says the issue between her daughter and Kashala was, unfortunately, long going. Kids simply not getting along.
"It was an ongoing feud. They had a fight before this fight back in March. And now they had another fight," Dorsey told ABC13.

But what has transpired since then, she says, has broken her daughter apart.

"She's destroyed. She's having nightmares," Dorsey said. "She said you know, 'We just had a fight, I didn't know she had a tumor, she's a kid, mom. I didn't hit her that hard.'"

Kashala was rushed to Texas Children's Hospital Sunday after she complained of a headache and fell unconscious. According to her mother, doctors found a tumor in her brain and also fluid buildup on the brain. They attempted surgery, but Kashala did not survive.

"I mean, I can't even hardly sleep at night. I feel so bad for the family," said Dorsey.
Mamie Jackson says she feels in her heart, her daughter, Kashala would still be here if this fight didn't happen.

While Dorsey and her daughter are sorry for the family, she wants one thing clear.