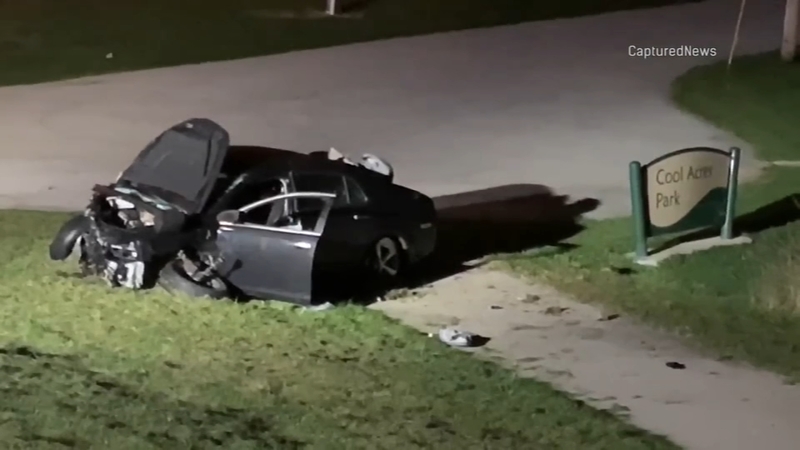 Police responded to a reported theft in progress at about 10:20 p.m. at a Walmart in the 2900-block of Kirk Road. On their way they spotted a speeding vehicle that matched the description of the possible thief.

Officers tried following the vehicle, but lost it a short time later. About two minutes later, police said they were notified that the car had crashed into another vehicle with three people inside at the intersection of Aurora Avenue and Sullivan Road.

The impact so powerful, one of the vehicles lost its engine. One car ended up over the guard rail and into a park area down below.