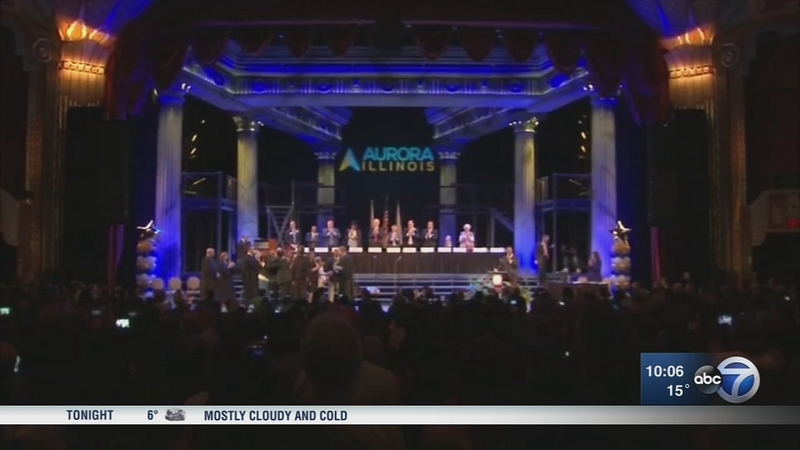 Aurora to vote on Pride Parade

AURORA, Ill. (WLS) -- There's a push to bring another Pride parade to the Chicago area, with a big vote scheduled in Aurora Tuesday.

The Chicago Pride Parade has celebrated the LGBTQ community for nearly 50 years. Tuesday, the city of Aurora might join in, hosting its own parade next June.

"It actually started with me talking with one of our board members who is a member of the LGBT community. And I simply asked, what do they do here? Is there a big celebration of any sort?" said Chuck Adams, founder of Indivisible Aurora.

A committee is scheduled to vote to decide whether to grant a permit to Indivisible Aurora.

Mayor Richard Irvin, who made history in Aurora when he became the first black person to be elected to that office last spring, released a statement Monday citing Dr. Martin Luther King. He said in part, "We are one Aurora and that includes all of us."

"It is the right of the organizers to stage the parade," the statement continued. "Dr. King also said that a right delayed is a right denied. I hope my colleagues will not delay this matter."

"I think that making sure that we are affirming kids, families, same sex, I think that's a positive thing for our city," Adams said.

Indivisible Aurora said the parade would not cost taxpayers a cent. It has already raised thousands of dollars and will reopen fundraising once it obtains a permit for the parade.