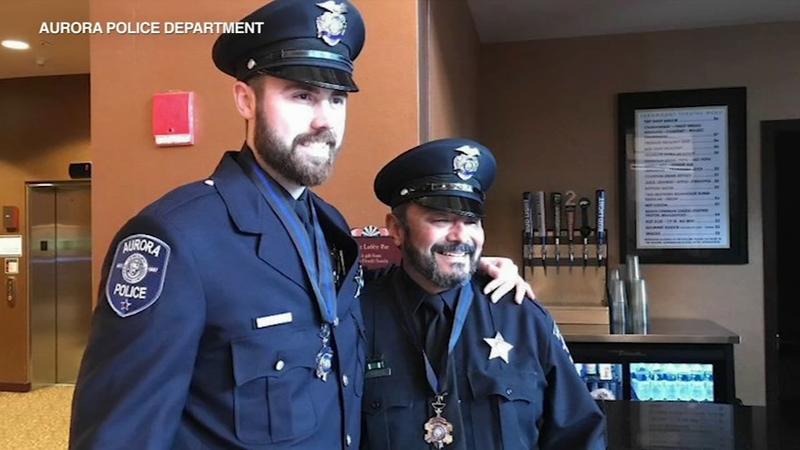 AURORA, Ill. (WLS) -- Two Aurora police officers returned to full duty Monday after they were shot responding to a shooting at a Henry Pratt warehouse in February.

The three additional officers who were wounded in the shooting have also returned to duty.

In February, a gunman identified as 45-year-old Gary Martin, shot and killed five co-workers during a termination meeting.