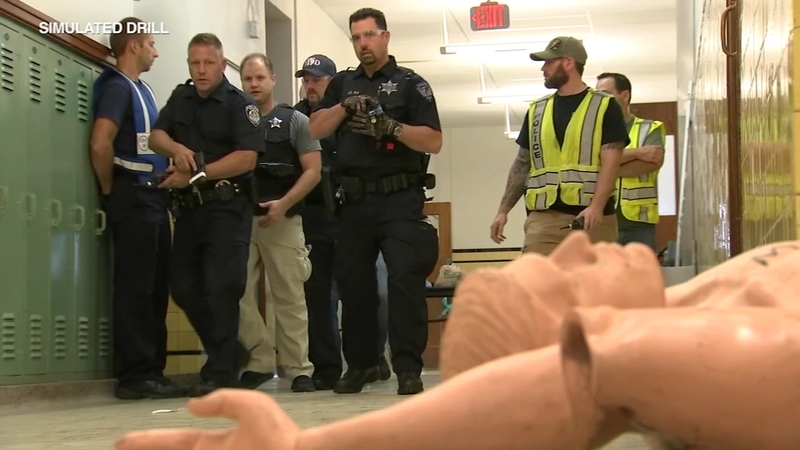 From the horror of that February day when the workplace shooting in Aurora took the lives of five people, the first responders who were there can now help their colleagues understand what to do should something similar happen again.

By the dozens they came- from Naperville, Glen Ellen and of course Aurora- to save simulated victims from an active shooter in unused Abraham Lincoln Elementary School.

They practiced how to get life savers in to tend to the stricken, while still searching for the assailant- the excruciating task Sgt. William Rowley and his team had to execute in the tragedy at Henry Pratt.

"We learned that we need to practice practice practice... The police have to know their role, the fire department have to know it's role and we have to be able to know how to communicate that to each other when it's time to do our job so we are not worrying about what needs to be done when we are standing at the door," said Rowley.

One by one a Rescue Task Force, or RTF, entered the school- fire and ems protected by police front and back.

The grueling scenarios changed on the fly. The shooter is down. But maybe there's another upstairs.

"Especially because of the incident that happened earlier this year we want to be involved, we want to help, we want to teach, train and get better at it," said Assistant Chief Dan Osman, Aurora Fire Department.

After each simulation, a debrief took place.

"I can tell your heart is beating, you are sweating... Scenarios like this it is hard to prepare yourself for it because it is such a horrible thing to have happen," said Officer Cole Wooldridge, Naperville Police Department.

Aurora, along with Naperville, received a $1.3-million federal grant for this kind of training, which they started just before the real workplace shooting happened. They're now using the rest of those funds to update their protocols - with a depth of knowledge gained only through the crucible of reality.