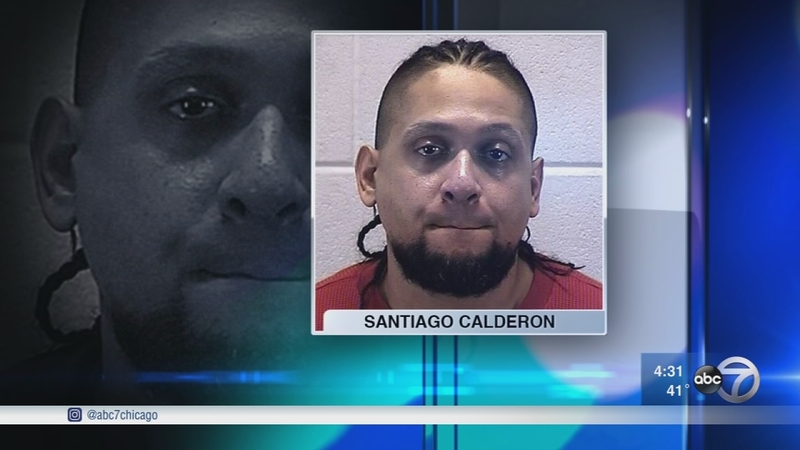 Police identified him as 36-year-old Santiago Calderon of Aurora.

Police said two Special operations investigators followed a vehicle leaving a "known gang house" in the 200-block of South Lake Street at about 9:45 p.m. Thursday night. When they pulled the vehicle over in the first block of East Galena Boulevard, Calderon, who was driving the vehicle, fired shots at officers before fleeing eastbound, police said.

When officers went to render aid to Calderon, police said a gun was found at his side.

Although he admits his friend had a gun, Emanuel Edwards said the police had no right to shoot Calderon.

"He wasn't trying to kill the cops. He just shot in the air and fled," Edwards said.

The 24-year-old said the trouble began after he and Calderon left a home with the intent to go to the casino. Minutes later they were pulled over by two Special Operations Investigators who were watching the home.

"They flashed the lights. We pulled over. He said, 'I'm not going to jail,'" Edwards said.

The accident trapped Edwards in the car. The aftermath was captured on cell phone video by witnesses like barber shop owner Salvador Leon.

One officer sustained a non-life-threatening wound to the leg and the other officer was injured but was not shot, police said. Both officers were transported to an Aurora hospital, where they were treated and released.
The passenger in Calderon's vehicle did not flee and was taken into custody and later released. A 19-year-old man driving the vehicle that crashed with Calderon's refused medical treatment.