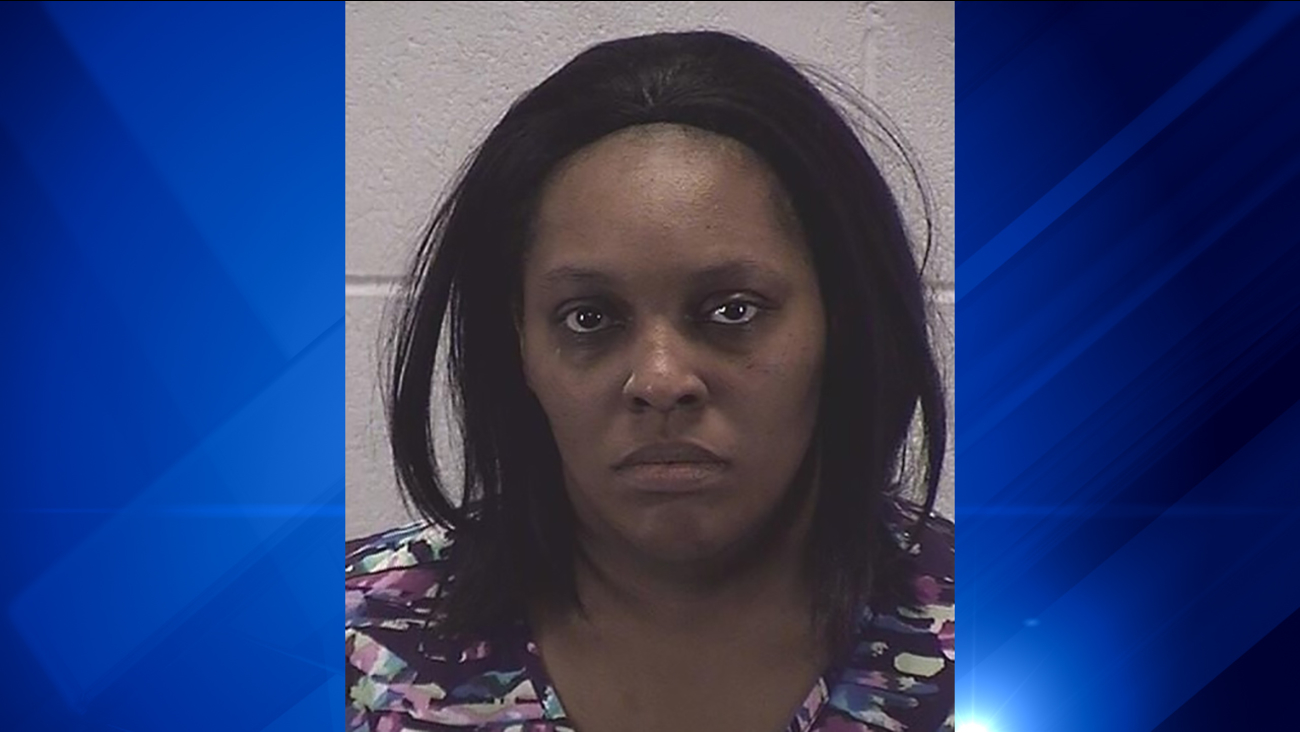 AURORA, Ill. (WLS) -- A woman from southwest suburban Aurora is accused of threatening her husband with a knife and setting fire to his clothes at their home early Sunday morning, police said.

Officers responded to a report of a person with a knife in the first block of North Kendall Street around 1 a.m. Rosanda Taylor's husband, who called 911, said his wife was brandishing a knife and destroying their home. He later said she took off in a blue Chevrolet Malibu.

When officers arrived, they saw heavy smoke coming from the home and found flames in a bedroom. Taylor's 37-year-old husband and their 5-month-old and 12-year-old children were able to escape before police got there.

Aurora firefighters were called to the scene and extinguished the fire, which was allegedly set by Taylor during a fight with her husband over "suspected infidelities". Police said she held the knife to his throat before burning his clothes.

Taylor's husband had a cut on his hand and was treated at the scene by paramedics. Police said neither of the children were hurt.

Taylor was later found at her place of work, in the 2200-block of West Galena Boulevard in Aurora, police said. She was taken into custody and charged with aggravated domestic battery and aggravated arson, both felonies.