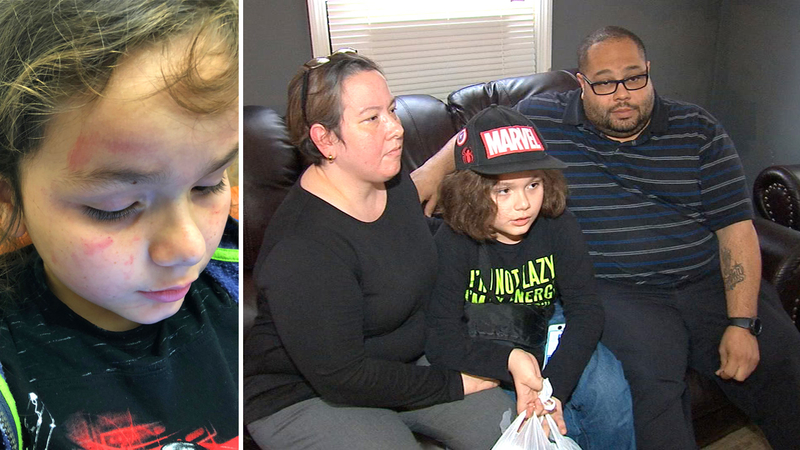 HAWTHORNE, New York -- A violent confrontation between a boy with autism and a school bus aide has been referred to a state agency that investigates mistreatment of people with special needs.

The incident occurred on September 28 while he was being driven from his Bronx home to Hawthorne Country Day School.

Evan, who is non-verbal, became agitated and bit the paraprofessional on the finger, but his mother, Luz Lora, believes he was hit in retaliation and not self-defense.

"We have no idea what happened to him," she said. "What caused him to act this way with the para? I have no idea."

Westchester County police say there is not enough evidence to file criminal charges.

Investigators reviewed video from the bus, concluding the boy was the aggressor.

The matter has been sent to New York State's Justice Center for the Protection of People with Special Needs to determine whether the paraprofessional was properly qualified.

"I think that most of these matrons and health aides don't have the proper training to take care of kids," dad Antonio Lora said. "Especially in situations like this."

The Lora family says they are not satisfied with the system.