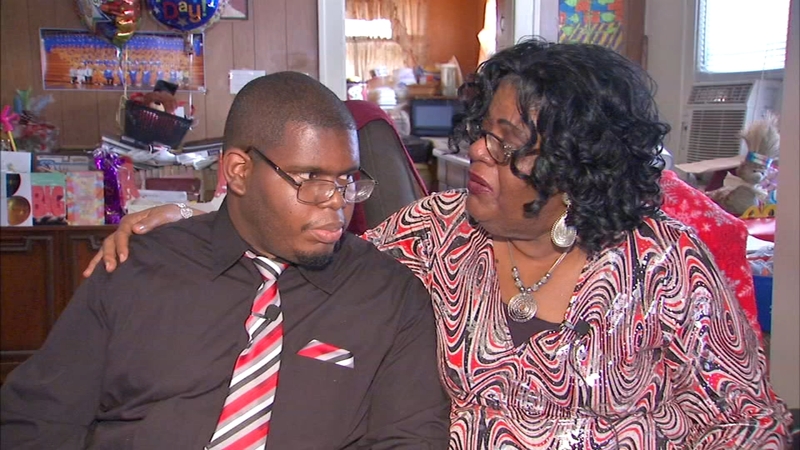 With unwavering support from his mother, Christopher Williams, 24, is defying the odds.

Williams just graduated from Purdue University Northwest. His determination to go beyond a special needs diagnosis is making Chicago Proud.

"This is my life right here. I would do anything for this boy," said Charleta Williams, mom.

"Without your love and support I would never have made it this far," her son answered.

Perhaps soon, Christopher Williams will move out of the modest home he shares with his mother in Gary, armed with degrees in mechanical engineering technology and Spanish -- to make his mark on the world.

"If you don't have that mother's heart. I have sacrificed, I have done everything for him to achieve his goals," said Charleta Williams.

Faced with a diagnosis of autism spectrum disorder soon after he was born, Charleta Williams never acceded to the notion there were limits on her son. Last year she suffered a stroke. Last Saturday, he graduated pretty much at the top of his class at Purdue.

"You know I really enjoyed the opportunity to meet so many people. It was more diverse than high school," said Christopher Williams.

A special needs educator herself, Charleta Williams listened when other teachers told her there was genius lurking in that brain of Christopher's. He was doing calculus in the fifth grade, and has taught himself to speak and read no fewer than seven languages. He teaches Japanese via Facebook Live on Saturday afternoons.

"We want people all over the world to know. I want to express to mothers especially, please don't give up on your child," said Charleta Williams.

"Your disability doesn't define who you are," added Christopher Williams.