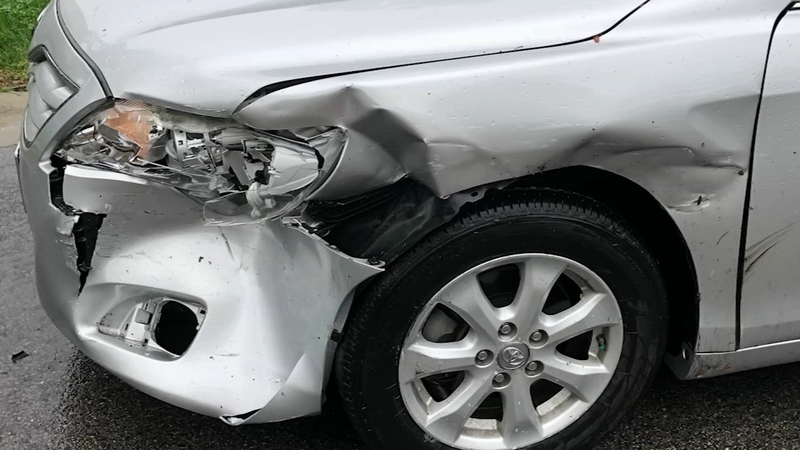 CHICAGO (WLS) -- Jason Knowles and the ABC7 I-Team talked to victims of car crashes who thought they would be fully covered by insurance, and found that if the person who hits you has what's known as non-standard low-cost insurance, you could be in for a fight.

"Why am I paying on my own? It's supposed to be of the insurance of the guy who hit me," Maye Ragasa complained to the I-Team.

"It's like getting into an accident with someone who doesn't have insurance": Non-standard auto insurance can lead to stalled claims if you get into a crash with one of their polic

The Skokie resident said she had to dig into her own pocket to get her car fixed after the other driver who hit her drove through a stop sign. The accident happened in September of 2018. Since then she's been battling the driver's non-standard, low cost auto insurer, Falcon Insurance.

"The problem is when I took my car to the body shop they said it has a very bad damage inside," said Ragasa. She claims Falcon initially only gave her a check for $2,700, but her estimate was for more than $8,000.

Ragasa said Falcon recently sent her another check for $3,300, but said that's still short more than $2,000. She said she doesn't plan on cashing the check.

Falcon Insurance said the claim was "properly adjudicated and we will continue to work with Ms. Ragasa to resolve this matter."

They added that they were deducting amounts for what they said is comparative negligence and her desire to keep the vehicle. Falcon also said, "...the company's policy is to provide prompt, fair and professional claim service."

Supporters of non-standard insurance say it offers low- cost, required insurance to those who are at high risk.

If you're dealing with a low-cost dispute, experts say go through your own insurance company and let them fight it, but you'll have to pay your deductible in the meantime.

Before you buy an insurance plan, research their state complaint records and get two to three quotes.