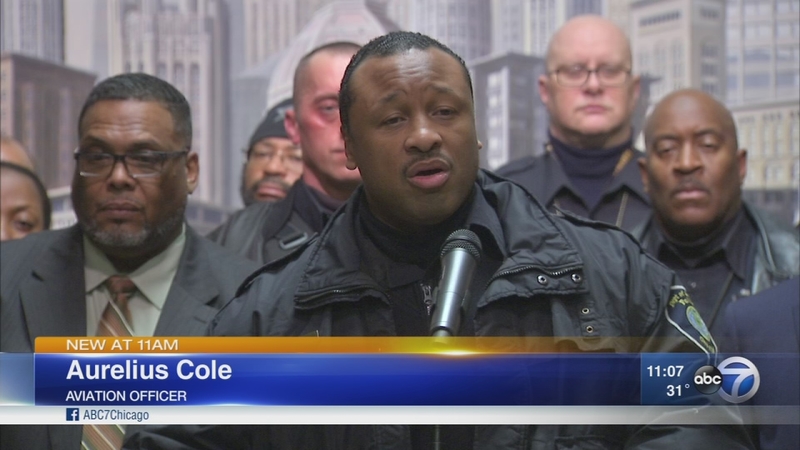 Several Chicago aldermen teamed up with the Service Employees International Union (SEIU) on Wednesday to demand that the city restore policing powers to the airports' aviation security officers.

During a press conference, they argued that passengers at O'Hare and Midway airports would be better protected because aviation officers won't have to wait for Chicago police.

Chicago Aviation Commissioner Ginger Evans has told aviation officers to wait for Chicago police if there is an incident at an airport.

Earlier this year, aviation officers were stripped of their powers to enforce warrants or ticket vehicles after three officers dragged a Louisville doctor off a United flight at O'Hare in April. Dr. David Dao sustained a concussion and lost some teeth as a result of the incident, which was captured on a cellphone video that went viral.

Ald. Chris Taliaferro (29th Ward) said it's unfair to penalize all aviation officers for the actions of a few.

"Every single police department in this country has made a wrong move at one time or another," said Taliaferro.