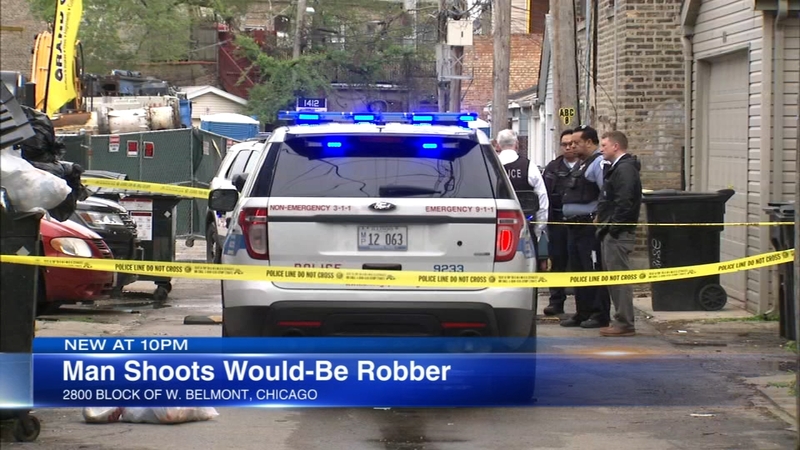 Police said the victim was unloading his vehicle behind a business in the 2800-block of West Belmont Street when a man between 20 and 30 years old approached him.

Police said the younger man hit the older man in his head and face and forcibly took his property from him. The victim then pulled out a handgun and fired at the robber.