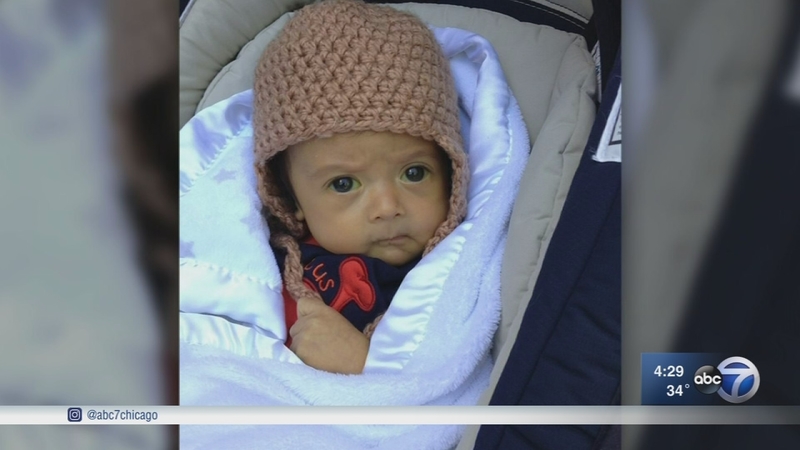 CHICAGO (WLS) -- One of the tiniest patients ever received a life-saving liver from an adult donor in his 30s from the Midwest who just died.

His mother said this is the first time in his young life that she has seen five-month-old Daniel McCabe with normal skin color instead of yellow. And it's all because doctors and transplant specialists at Lurie Children's Hospital were able to get him a new donated liver less than an hour after his name went on the list.

"We have a strong prayer network and I can only chalk it up to some kind of Divine Intervention," Joseph McCabe, Daniel's father, said.

Shortly after receiving the available liver on Tuesday, doctors were able to perform the delicate surgery to transplant the donated liver into the tiny patient. It took more than six hours. Doctors said they were incredibly fortunate that a donor became available so quickly.

"This is one of the more incredible things that has happened in the five years that I've been here. Patients even in the most critical statuses can go from waiting from a few days, to months, to years," Justin Boese, organ procurement coordinator, said.

"While this happened very quickly and very fortunately, there are people who die every day because there's not an organ available," Dr. Riccardo Superina, pediatric liver specialist, said.

The McCabe family lives in Waukesha, Wis., near Milwaukee. Even though they will spend Christmas at the hospital with their other three children, they have no complaints.

Daniel is expected to be in the hospital for another two or three weeks but doctors said his prognosis is excellent.