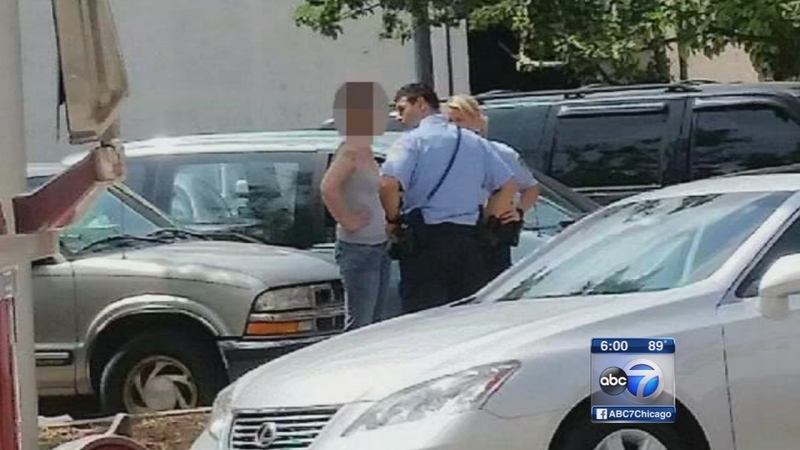 JOLIET, Ill. (WLS) -- A 7-month-old baby boy is in critical condition after he was left in a hot car in Joliet for nearly two hours, police said.

The mother told police when she parked her white SUV in the downtown Joliet lot, she had no idea her 7-month-old baby was still in the back seat. She locked the car and went about her business for a couple hours until she got a voicemail from the baby's father.

"She had been with the boyfriend and their two other kids earlier, before this. She had dropped them off at another residence and thought that the boyfriend had taken the baby with him in the residence. So when she went to this place, she thought she was by herself and didn't realize it at the time," said Dept. Chief Alan Roechner, Joliet Police Dept.

Police said the mother ran back to the car and found her baby in the back seat, limp and unresponsive. The car was locked and the windows rolled up, with outside temperature was in the mid-80s. Inside the vehicle it was much warmer. Police said the baby's temperature internally was 107 degrees.

Police said they interviewed the parents extensively and it will be up to the state's attorney to determine whether to file charges of child endangerment.

Police are reminding parents of the dangers of leaving kids in hot cars.

"It's a real tragic event and people just, you know, double-check. If you have kids, just double, triple-check your cars. You don't want something like this to happen," Roechner said.

Firefighters were able to revive the baby on the scene and brought him to a hospital in Joliet. He went into cardiac arrest and was transferred to Advocate Christ Medical Center in Oak Lawn. A relative said his condition is improving Tuesday night.