Arrest made in death of 1-year-old Compton girl 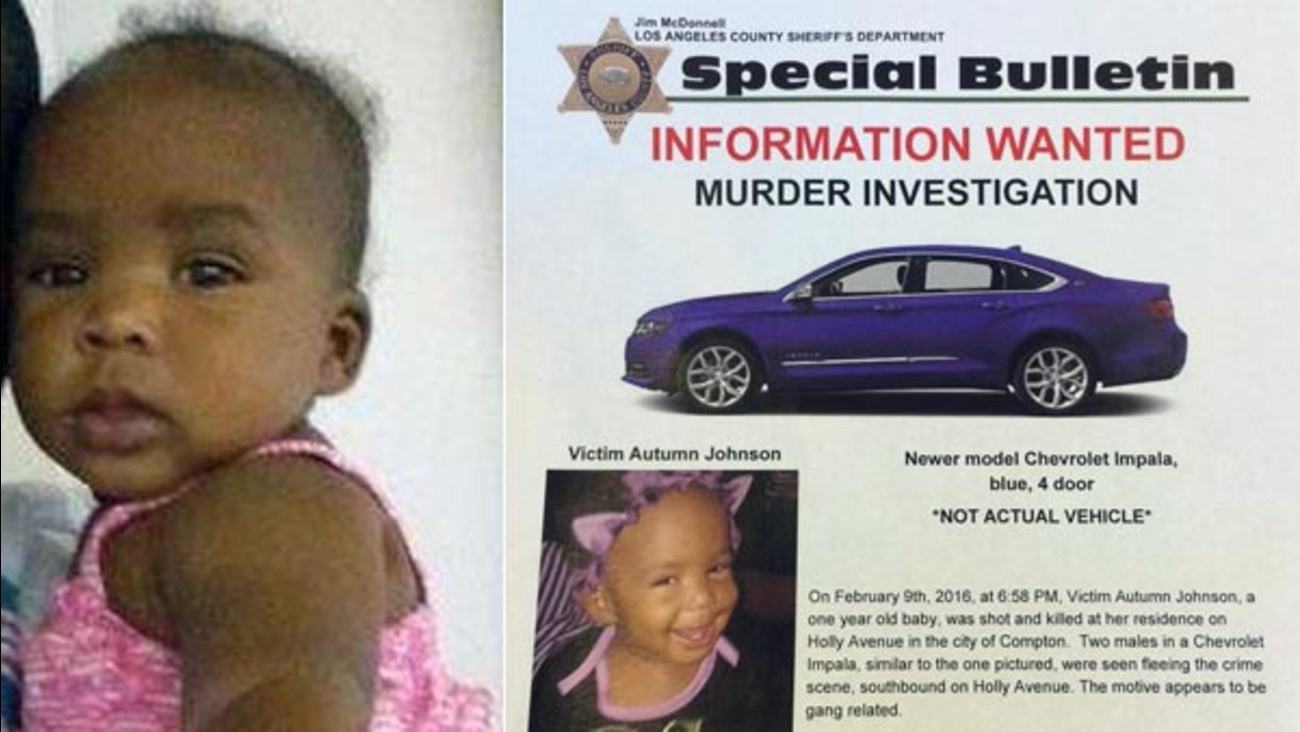 An arrest has been made in the death of a 1-year-old Compton girl shot in the face in her crib, officials said.

The Los Angeles Sheriff's Department identified the suspect as Ray Howard Patterson, 23. He was arrested Monday afternoon and is being held without bail.

The child, Autumn Johnson, was shot in the head on Feb. 9 while in her crib inside a converted garage apartment in Compton.

Police said a male suspect exited a blue Chevrolet Impala, opened fire at the garage, then jumped back in the car driven by an accomplice and fled the scene.

Investigators believed the shooting was gang-related.