3 Chicago locals in new season of ABC's 'Bachelor In Paradise' 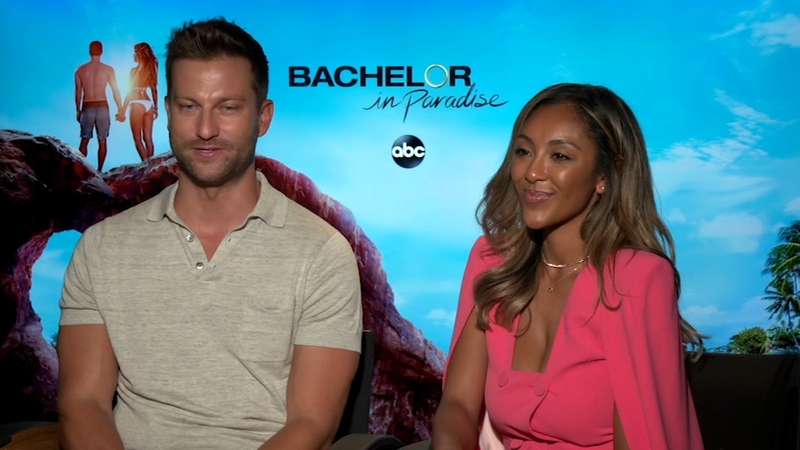 Chicago represented in 'Bachleor In Paradise'

Bachelor Nation has never been stronger with explosive surprises already on the new season of "Bachelor In Paradise."

Janet Davies was just in Los Angeles and spent time with two of the singles looking for love, including one from Chicago!

Contestants who didn't find partners in other seasons of the franchise try again south of the border in Mexico.

Tayshia Adams competed for Bachelor Colton, while Chris Bukowski has been a cast member in six of the franchise shows.

"Lean into the process a little bit more. Be more vulnerable and be OK with expressing your feelings," said Adams. "You know you're not crazy if you're feeling the way you are."

There are three locals in this season of "Bachelors in Paradise."

"There's a lot of Chicago muscle," said Bukowski. "Clay's a lot of muscle that's for sure."

"No matter where I am in the world, Chicago's always home," said Bukowski. "I love Chicago and I always love being there."

When asked why they think the franchise continues to work?

"For me it's love. Everybody wants love," said Bukowski. "It's difficult for people to be vulnerable and emotionally available so I think seeing us do that, they love it."

Davies asked Adams if she weren't on the show and saw Bukowski on the street, what would she think?

"And I would turn around and follow her," Bukowski jokingly said back.