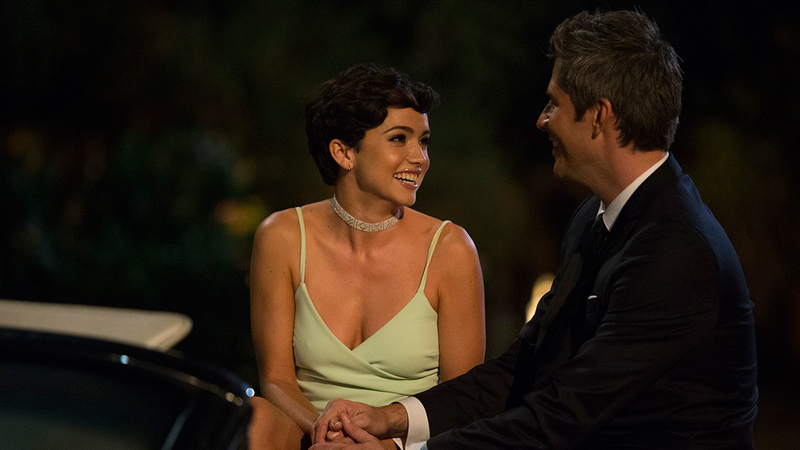 EUREKA, Calif. -- Californians on the hunt for a young woman reported missing last year found her in an unexpected place: appearing on "The Bachelor."

The missing person in question was 22-year-old Bekah Martinez, who appeared in a North Coast Journal cover story about the high rate of missing person reports made in Humboldt County, California.

As of Jan. 18, 36 people were in the California Attorney General's database of people missing from the county, which has a population of only 135,727, according to the magazine. The Journal published a slideshow that originally contained images of all 36 people, including Martinez.

An eagle-eyed Journal reader (and apparent "Bachelor" fan) commented on the magazine's Facebook post that Martinez was currently appearing as a contestant on the popular dating show.

The Journal reached out to local authorities, who confirmed that Martinez was not, in fact, missing and removed her from the missing person list.

"As part of procedure, Humboldt County Sheriff's Office deputies are typically required to make direct contact with the missing person to confirm status and well-being as geographical and other factors allow," the sheriff's office told ABC News in a statement. "Based on the totality of information provided regarding Martinez's well-being, [Martinez's] status as a missing person was cleared over the phone."

A local official told the magazine that Martinez's mother reported her missing in the early morning hours of Nov. 18 after Martinez "reportedly [went] to Humboldt County to work on a marijuana farm" and hadn't contacted her mother by the time she was expected home.

Spoiler alert: there hasn't been any marijuana farming on this season of "The Bachelor."

Filming for the current season began in September 2017. Martinez hasn't been eliminated yet, so it's not clear how or if any of her time filming the show lines up with the period of time when she was believed to be missing.

Reality show contestants are often limited in the communication they have with the outside world during filming, and Martinez has tweeted that she didn't have her phone during her time in the mansion.

"MOM. how many times do I have to tell you I don't get cell service on The Bachelor??" a no-longer-missing Martinez tweeted after the story broke.

MOM. how many times do I have to tell you I don’t get cell service on The Bachelor?? https://t.co/iYnxQCIZBt

Martinez later quipped that the "scariest thing about this story is that my efforts to conceal The Worst Drivers License Photo Of All Time have been thwarted."

honestly the scariest thing about this story is that my efforts to conceal The Worst Drivers License Photo Of All Time have been thwarted https://t.co/z0venho66p