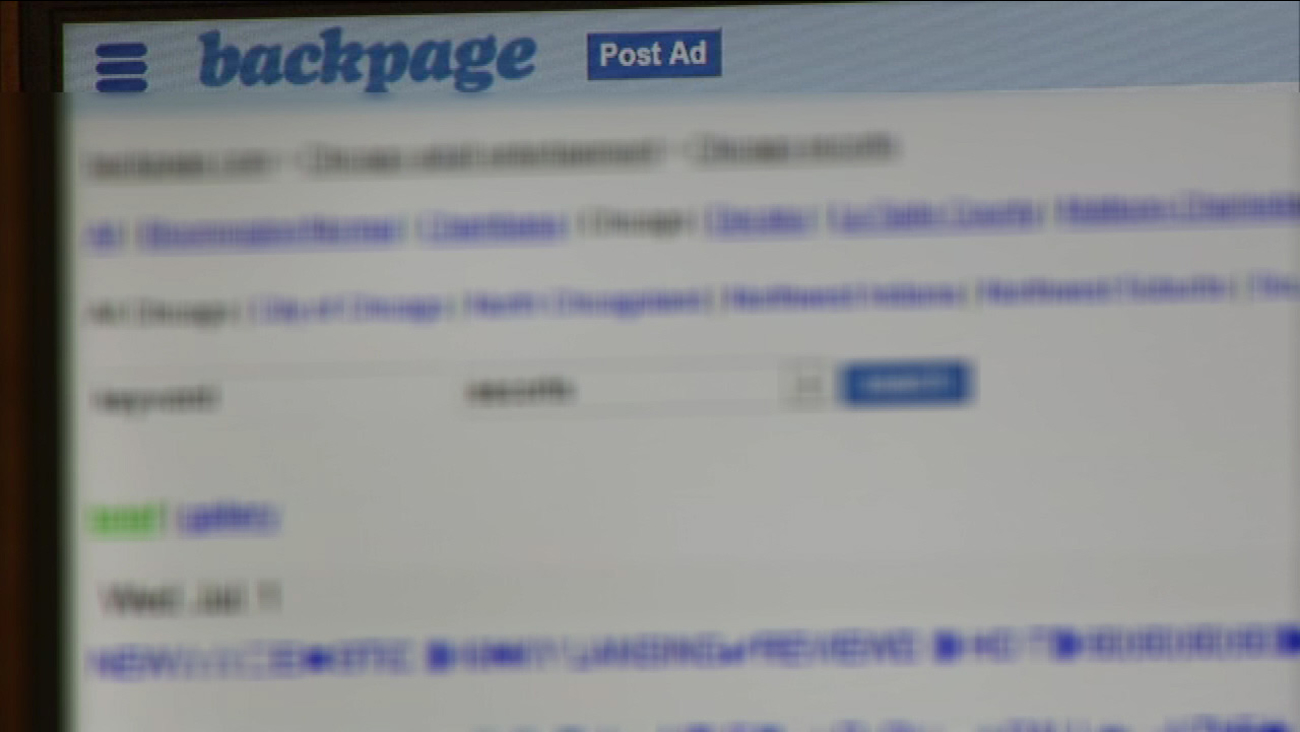 The indictment alleges that backpage.com "is notorious for being the internet's leading source of prostitution advertisements." The site used the internet to facilitate prostitution and money laundering and the executives are charged with conspiracy, according to prosecutors.

Chicagobackpage.com is among the local websites named in the indictment, and an apartment in the city's Hyde Park neighborhood is on the list of properties that federal authorities intend to seize from.

Federal authorities last week seized the website but the charges were kept sealed until Monday.

Justice Department official say more than $500 million dollars related to prostitution were laundered by the site using bitcoin or other crypto-currencies.

"Virtually every dollar flowing into Backpage's coffers represents the proceeds of illegal activity," according to the indictment.

The indictment details 17 victims of sex trafficking, including underage girls and some minors as young as 14. One 16-year-old girl in Chicago was murdered in 2016 after responding to an ad placed by her pimp on Backpage.