Juvenile charged in shooting of boy, 14, near South Chicago school 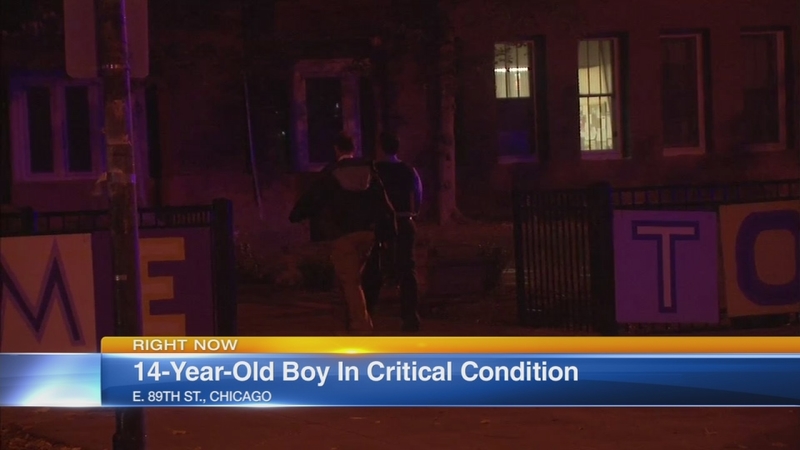 CHICAGO (WLS) -- Police have charged a juvenile in connection with the shooting of a 14-year-old Baker College Prep student near his school in the city's South Chicago neighborhood.

The 16-year-old male faces one felony count of aggravated battery/use of a deadly weapon, Chicago police said Friday. Police did not identify him because he is charged as a juvenile.

The teen was hanging out with friends at a Bessemer Park basketball court in the 2700-block of East 89th Street around 4:30 p.m. Thursday. Investigators said that's when someone walked up and opened fire. Witnesses heard five or six shots.

The boy was shot in the chest and wrist. Witnesses said the teen was able to run toward the campus Baker shares with Bowen High School.

One bystander said he saw the suspect tuck the gun into his waistband before taking off.

"We just saw the guy with the gun ran back through the alley. It looks like he was a student," said Pablo Balderos, who saw the shooting.

After police arrived a few minutes later, early reports said officers took the gunman into custody. However, police said Friday morning they have not made any arrests. They are questioning a person of interest at Area South.

The 14-year-old boy was taken to Comer Children's Hospital, where he is listed in critical condition.

"Just to go and shoot in front of a group of people that you don't know, I mean, that's cowardly. Why would you... I don't know. It's ridiculous," Balderos said.