Woman hospitalized after barricading herself in room with daughter in Lawndale, police say 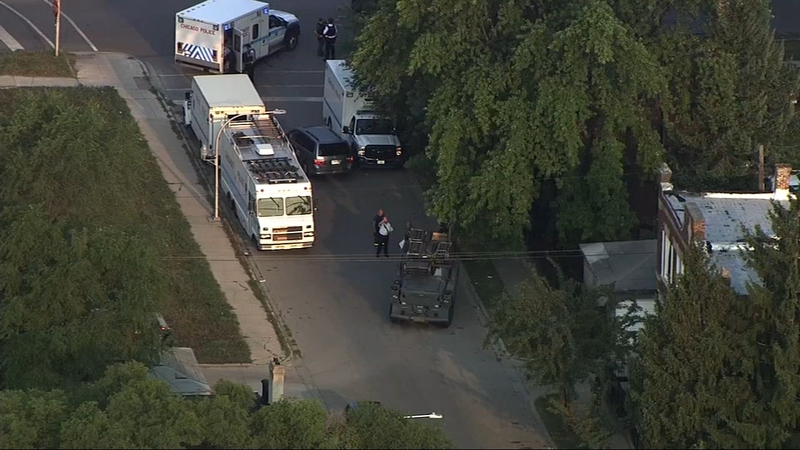 CHICAGO (WLS) -- A woman was transported to a hospital for an evaluation after police said she barricaded herself in a room with her 5-year-old daughter Monday morning in the Lawndale neighborhood.

The Chicago police SWAT and 10th District Hostage Barricade Team responded to the call of a domestic situation at about 6:18 a.m.

Police said a 31-year-old woman had barricaded herself in a room with her 5-year-old daughter and they had reason to believe she was armed. SWAT officers entered the building, placed her in custody and secured the building.

Neighbors said they woke up to the commotion outside.

"The helicopters woke me up," said neighbor David Cash."I come out and see SWAT and stuff. Police everywhere, big guns and stuff."

"Lord, I'm glad it's over and I'm glad nobody got hurt and I thank God that we're all still here alive," said Armentha Moore, who lives down the street.