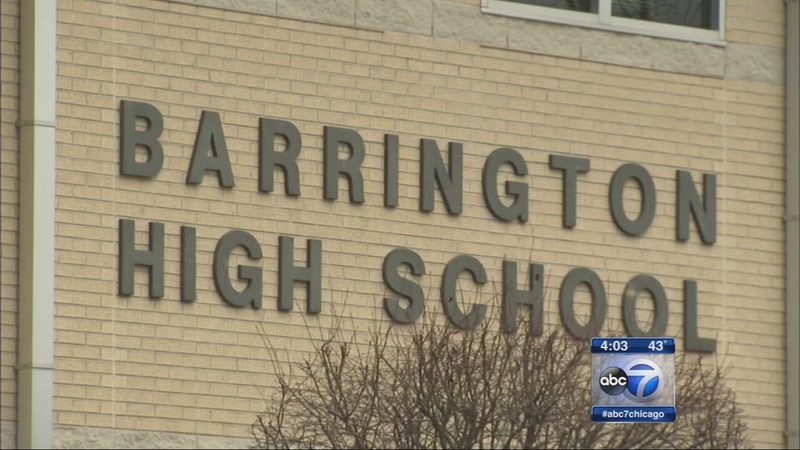 BARRINGTON, Ill. (WLS) -- Barrington High School had to be placed on lockdown Monday morning after police say a teacher spotted a student with a gun.

Police have charged a 16-year-old male student with bringing a gun, ammunition and drugs to the school.

"It was definitely scary, you know, someone had a gun," Giffey said.

No shots were fired and no one was hurt in the incident. A teacher at the northwest suburban high school reported seeing a gun fall out of the backpack of a 16-year-old student who was in a school bathroom around 10:30 a.m. Monday.

"It's a general use bathroom, so it's a bathroom the student chose to use and the bathroom that the staff member chose to use," Barrington High School Principal Steve McWilliams said.

Administrators immediately put the campus into a hard lockdown, securing all students and staff in their classrooms. Police arrived and began their search.

"The teacher did exactly what he was supposed to do in reporting it to the police and to the school administrators, so we responded immediately," said Barrington Police Chief Dave Dorn.

Authorities used the school's video surveillance system to eventually find the student, the unloaded gun and ammunition in a backpack. Officers say the student did not threaten anyone.

Parents were notified about the incident that lasted less than an hour.

"We averted a catastrophe. We're very fortunate that the student was apprehended and all students and staff were safe," said Dr. Brian Harris, superintendent of Barrington School District 220.

Once the lockdown was lifted, school officials made counselors available to students and staff who were left shaken by the incident.