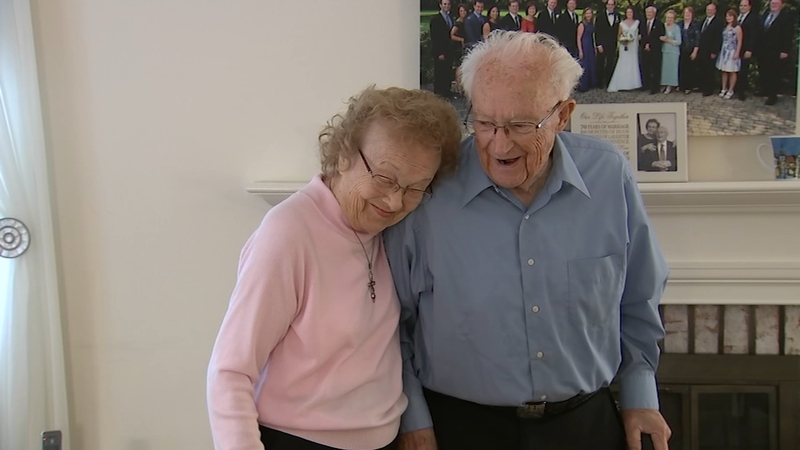 Trouble found Richard Idstein at the Battle of the Bulge 75 years ago.

It was Hitler's last gamble. On December 16, 1944, a surprise attack caught the Allies flat-footed.

Dick Idstein was part of an effort to rescue an entire company of captured GI's - fellow soldiers in the 106th infantry.

"Our C company was surrounded by the Germans, they made a U-shaped deal you know, and we walked right into the fire," Idstein said.

They shot their way through the ambush, rescued the captured Americans, but lost men in the process. A few days later, Idstein was volunteered to recon a bridge outside the town of St. Vith.

"When we got near the bridge, they started shooting at us. Never did see the guy that shot me, but they were shooting at us," he said.

The bullet ripped into his left shoulder and lodged in his lower back. He had to crawl to safety - then endured a long wait at the field hospital because there were so many wounded. The bullet was later removed.

"The doctor who took it out said, 'You want this?' And I said, 'Yes, I do.' So I mailed it home with my Purple Heart to my parents," Idstein said.

He wrote his mom at the time, "It was close. An eighth of an inch more, and my goose would have been cooked."

A 19-year-old's line may prompt a smile today, but not back then.

Nineteen thousand Americans died in the Battle of the Bulge, the largest and bloodiest battle for the U.S. in World War II. Many more were wounded or suffered trench foot and frostbite in the midst of a brutally cold winter.

"I would think that at least 50% of the casualties were of trench foot," Idstein said.

Six weeks after it started, the German offensive was stopped. The end was near. Idstein was patched up and part of the village-to-village mop-up before victory in Europe.

He and his unit were told Japan would be next, but just before they arrived in New York, it was all over.

Idstein married, raised a family and was a 6th-grade teacher in Des Plaines for 25 years, occasionally telling his students about a 19-year-old on the frontline of the Bulge.