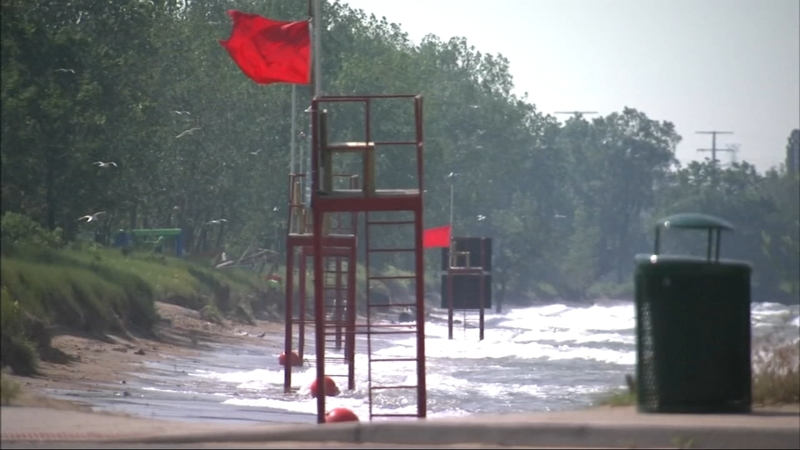 Dangerous swimming conditions because of strong rip and structural currents were expected to begin around 1 p.m. along the beaches and shoreline in Cook and Lake Counties, the weather service said in a Beach Hazards Statement.

Rip currents are powerful channels of water that flow away from the shore and can sweep swimmers into deeper water. The warning is in effect until late Saturday, the weather service said.

Dave Benjamin, with the Great Lakes Surf Rescue Project, explained how lake conditions can change in an instant.

"You're jumping around, playing in waves where an area may seem somewhat safe and a sandbar can break down, a trough can open up the water can start piling up on shore and now you have a new rip current channel," he said.

"We came to the beach but there's no beach. It's covered in water," said would-be beachgoer Jose Rodriguez.

Some like Steve Gantz stuck around to watch the action.

"It gets this way every few weeks. It gets exciting to watch. I walk over here and check out the waves," he said.

A lifeguard on the South Side rescued a 27-year-old swimmer who was pulled further out into the lake, officials said.

Another swimmer was not as lucky late Saturday. Authorities said a 17-year-old boy had gone missing in wave conditions near Michigan City. The U.S. Coast Guard deployed a helicopter and a boat to search for him as the waters were too dangerous for divers to enter.