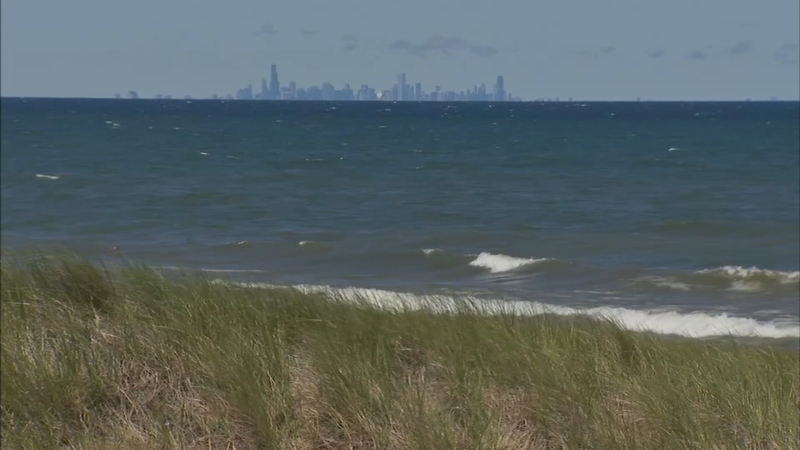 Officials warned of possible life-threatening waves and rip currents in both locations.

Water can be dangerous at any time, but if you aren't used to swimming in rough conditions, Mary Nan Best of Wells Street Beach said its best not to swim at all.

Waves got as high as six feet in some places.

"I asked the parents when I was down on the beach to please stay within arm reach of their kids, only take kids in the water if they themselves can rescue themselves or the kids. Not to go in if they can't," Best said.

At 31st Beach, some beachgoers stayed on the sand rather than risking a swim.

"Driving into the beach we were looking to see, and we saw the current and we just like we're just going to cool out in the sun today," said Chantaya King.

Peter Maher and his wife kept a close eye on their children in Northwest Indiana.

"They don't get too far from us. You know they enjoy the water, they're always in it but conditions like this they're never too far from us," Maher said.

"There's this big misnomer that people assume, 'Hey, I know how to swim, my kids have had swim lessons, I don't have to worry about drowning.' But that's not the case. It's kind of like saying, 'I know how to run. I can run a marathon,'" said Co-Founder and Executive Director of Great Lakes Surf Rescue Project Dave Benjamin.

If you do get caught in a rip current, it is essential to remain calm, Benjamin said.

"People need to understand panic is the first stage of drowning," Benjamin said. "If you can't get over that initial panic, you're likely not going to survive unless somebody else is rescuing you."