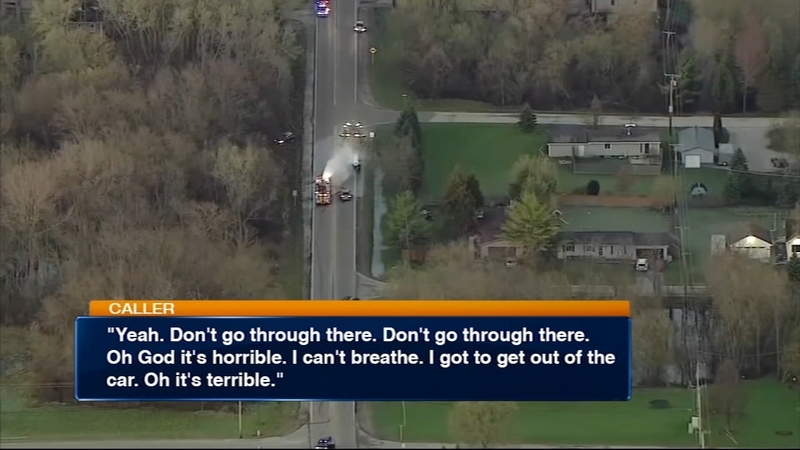 Some residents are suing after Beach Park anhydrous ammonia leak

BEACH PARK, Ill. (WLS) -- Blackened trees stretch all the way down the side of the road where an anhydrous ammonia leak happened more than a month ago.

It's a stark reminder of the incident, even though the gas is now gone.

The community is breathing easier, but one woman says her life is nowhere near normal.

Veda Reed wants to hold the people responsible for this leak accountable.

Back on April 25th, there were frantic 911 calls after a pair of 2-ton tanks of anhydrous ammonia started leaking in Beach Park.

"Like all of a sudden it was like, like gasping," said Reed, who inhaled ammonia gas as she drove through the area during the spill. "It was horrible. I thought I was dying."

Reed is still recovering and seeing doctors for treatment, her voice still raspy.

"It was like I couldn't get away from it."

37 people were hospitalized because of the leak, now Reed and four others have filed a lawsuit.

They say Wisconsin based company John Kevek Farms Inc. and Warren Reck, the man allegedly driving the tractor pulling the anhydrous ammonia, are to blame for the spill that caused a cloud of poisonous gas to cover the area.

"This lawsuit is about holding those wrongdoers accountable for their egregious conduct," said Attorney David Neiman of the Chicago firm Romanucci and Blandin.

They say Reck and John Kevek Farms Inc. were negligent and did not have proper safety equipment and procedures in place.

The company or Reck could not be reached for comment.

"That's all I can really say. Day by day," said Reed. "I mean and mentally when you think you're going to die...how do you put that in words?"